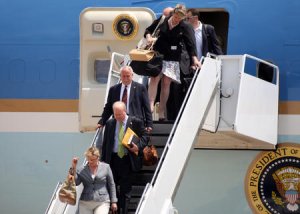 Top News // 3 years ago
The Almanac
On Dec. 25, 1991, Mikhail Gorbachev resigned as Soviet president the day before Russia's Supreme Soviet (the name for the USSR's legislative bodies) voted to end the Soviet Union.

Opinion // 3 years ago
Experts: October Surprises no longer game-changers
This year may mark the end of an era for the so-called "October Surprise." Experts say this year's bombshells may not be game changers.

Entertainment News // 3 years ago
Amanda Seyfried and Thomas Sadoski spark dating rumors
Amanda Seyfried and "The Newsroom" actor Thomas Sadoski got close on the set of "The Last Word" following the actress' split from Justin Long.
Odd News // 5 years ago
The Almanac
UPI Almanac for Thursday, Dec. 25, 2014
U.S. News // 5 years ago
Bill O'Reilly: Laura Ingraham's plan for immigration will 'destroy' GOP
Immigration reform is at the heart of the battle for the soul of the GOP, and it was on display in a tense debate between Bill O'Reilly and Laura Ingraham.
U.S. News // 5 years ago
Prosecutors charge Wisconsin Gov. Scott Walker conspired to evade campaign finance laws
Wisconsin Gov. Scott Walker and two top aides conspired to evade state election laws, state prosecutors charged in court documents unsealed Thursday.
U.S. News // 5 years ago
Miss. runoff leaves Republican donors in tough spot
Sen. Thad Cochran and his challenger Chris McDaniel are heading for a runoff, extending the bruising campaign that has already cost millions for three weeks.
U.S. News // 5 years ago
Rove: Hillary 'old and stale'
Karl Rove isn't through talking about what he says makes her unsuitable to win a presidential election in 2016.
U.S. News // 5 years ago
Meghan McCain: Not even Jesus would have made my dad win
Megan McCain said that even though the media "annihilated" Sarah Palin, the former Alaska governor wasn't the reason John McCain lost his 2008 presidential bid.
U.S. News // 5 years ago
Reince Priebus: Hillary Clinton's health and age 'fair game'
RNC Director Reince Priebus says Hillary Clinton's age and health are "fair game."
U.S. News // 5 years ago
Bill Clinton defends Hillary's record on Benghazi, is 'dumbfounded' by Karl Rove
Former President Bill Clinton defended Hillary's actions in response to Benghazi, and said he was "dumbfounded" by Karl Rove's comments about her health.

When these techniques were first authorized, Democratic leaders had been briefed about them. Their silence made them complicit in their use

The president was better to have signaled a tone of respect for Islam on Friday night without engaging in a local controversy that he previously avoided and after Saturday morning, that he said he'll avoid again

We didn't need to worry about, you know, the Wyoming's three electoral votes, and Cheney's voting record, and Cheney's health, and the fact he'd been Bush 41's secretary of defense -- and we were trying to develop a separate image for 43

I'm not much of a gambler, but I'd put a little more money that she gets in than if she doesn't, because of the schedule she's got next week in Iowa -- it looks like that of a candidate, not a celebrity 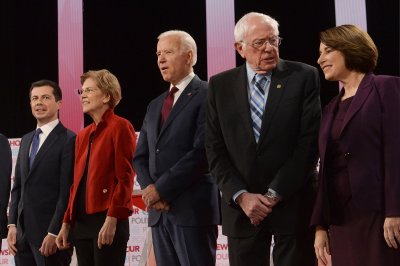 Karl Christian Rove (born December 25, 1950) was Senior Advisor and Deputy Chief of Staff to former President George W. Bush until Rove's resignation on August 31, 2007. He has headed the Office of Political Affairs, the Office of Public Liaison, and the White House Office of Strategic Initiatives. Since leaving the White House, Rove has worked as a political analyst and contributor for Fox News, Newsweek and The Wall Street Journal.

Though no allegations have been proven or sustained, Rove's name has come up in political scandals, including the Valerie Plame affair, the Bush White House e-mail controversy and the related dismissal of U.S. attorneys controversy.

FULL ARTICLE AT WIKIPEDIA.ORG
This article is licensed under the GNU Free Documentation License.
It uses material from the Wikipedia article "Karl Rove."
Back to Article
/