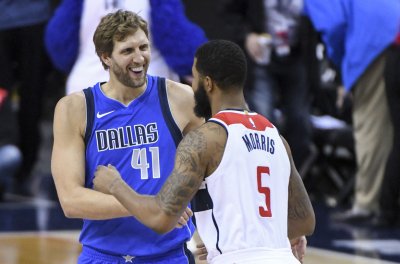 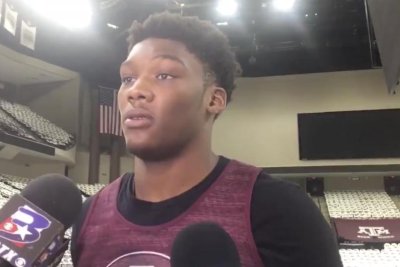 NBA // 2 years ago
Warriors seek sweep of slumping Mavericks
OAKLAND, Calif. -- Dirk Nowitzki will start a game as a 50,000-minute NBA veteran for the first time when the Dallas Mavericks visit the suddenly struggling Golden State Warriors on Thursday night. 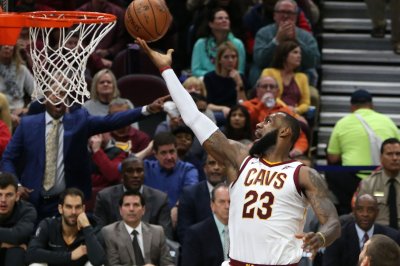 NBA // 2 years ago
Cavaliers' LeBron James congratulates himself for reaching 30K points
Cleveland Cavaliers star LeBron James took some time to congratulate himself on his quest for 30,000 points on Tuesday.

NBA // 3 years ago
Kobe's daughter has a slick jumper just like her dad
Gianna Bryant has it in her blood to be legendary. She showed off her silky shooting stroke Monday on Kobe Bryant's Instagram.

It has been a great 19-year ride, but all good things must come to an end

I've had that feeling the last four or five days

It's not what's on the back of the jerseys, it's what's in the front

The priority is the winning ability, the championship caliber of the team

Bill will give Cheryl work on rebounding which is good, but I kind of wish she was going to a West team 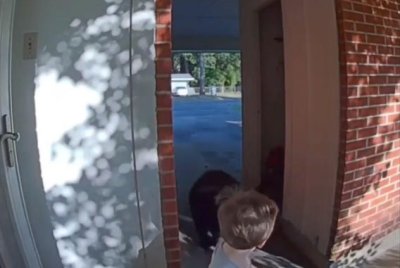 Karl Anthony Malone (born July 24, 1963), nicknamed "The Mailman", is a retired American professional basketball power forward who spent the majority of his career with the Utah Jazz of the National Basketball Association (NBA). Malone spent his first 18 seasons (1985–2003) as a star player for the Jazz, forming a formidable duo with his teammate John Stockton. He played his final season (2003–04) with the Los Angeles Lakers.

Malone grew up in rural Summerfield, Louisiana and played college basketball at Louisiana Tech University. In his three seasons with Louisiana Tech, he helped the Bulldogs basketball team to its first-ever NCAA tournament in 1984 and to first place in the Southland Conference in 1985. The Jazz drafted Malone in 1985 with the 13th overall pick in the first round.

Having scored 36,298 points in his career, the second most career points in NBA history, and holding the record for most free throws both attempted and made, Malone is generally considered one of the greatest NBA power forwards. In 1997 and 1999, Malone won the NBA Most Valuable Player award. Malone appeared in the playoffs every season in his career, including three NBA Finals: in 1997 and 1998 with the Jazz and in 2004 with the Lakers. Internationally, Malone competed with the United States national team in the Summer Olympic games of 1992 and 1996; in both years he won gold medals. After retiring from the NBA, Malone joined the staff of the Louisiana Tech basketball team in 2007 and was inducted into the Naismith Memorial Basketball Hall of Fame in 2010.

FULL ARTICLE AT WIKIPEDIA.ORG
This article is licensed under the GNU Free Documentation License.
It uses material from the Wikipedia article "Karl Malone."
Back to Article
/