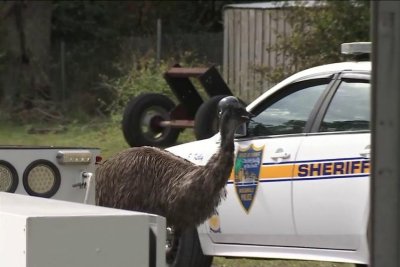 Odd News // 3 months ago
Loose emu leads authorities on chase through Florida neighborhoods
Police, animal control and state wildlife officers were summoned to a Florida neighborhood in which an emu was reported running loose and chasing locals on the street.

U.S. News // 1 year ago
World's most dangerous bird kills Florida owner
A 75-year-old Florida man was killed after he was attacked by a large, flightless bird he bred on his property, officials said.

Health News // 2 years ago
Low levels of hormone linked to autism in boys, scientists say
Unusually low levels of a hormone called vasopressin, known to cause low social ability in monkeys, has now been linked to similar effects in boys with autism. 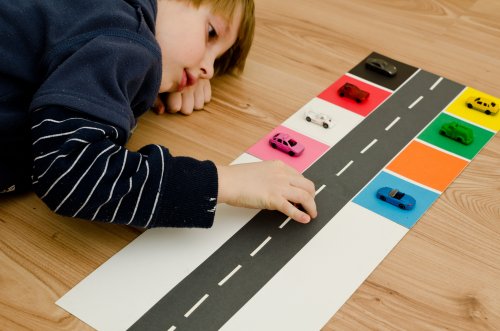 Health News // 3 years ago
Study: Oxytocin improves social behavior in some autism cases
Research from Stanford University School of Medicine found autistic children treated with oxytocin showed improved social behavior.
U.S. News // 6 years ago
Two girls face threats after torturing and killing turtle in Florida
A household is receiving death threats on Facebook after two girls posted videos of themselves torturing and killing a gopher tortoise -- a threatened species.
Blog // 7 years ago
Florida bear attack: Black bear mauls woman's face
Florida officials are still searching for the black bear that wounded a 54-year-old Florida woman on Monday.
U.S. News // 7 years ago
Florida woman mauled by bear
The Florida Fish and Wildlife Commission has set traps in a neighborhood where a woman walking her dog was severely injured in an apparent bear attack.
U.S. News // 7 years ago
Broussard sentenced to 46 months
Louisiana politician Aaron Broussard was sentenced to 46 months in prison on bribery charges, his ex-wife and former parish attorney receiving probation.
Odd News // 9 years ago
Cake-stealing bear killed
Florida wildlife officials said the black bear that entered a home and stole a birthday cake was tracked down and killed with a shot to the head.
Odd News // 9 years ago
Authorities seek cake-stealing bear
Florida wildlife authorities said they were on the hunt for a black bear accused of breaking into a home and stealing a birthday cake.

We're concerned about the monkey, to be sure, but right now public safety is at the forefront

Karen L. Parker, the first African-American woman undergraduate to attend the University of North Carolina at Chapel Hill, was born in Salisbury, North Carolina and grew up in Winston-Salem, North Carolina. Parker worked for the Winston-Salem Journal before attending UNC-Chapel Hill. She majored in journalism, was elected vice-president of the UNC Press Club, and served as editor of the UNC Journalist, the School of Journalism's newspaper in 1964. After graduating in 1965, Parker was a copy editor for the Grand Rapids Press in Grand Rapids, Michigan. She also worked for the Los Angeles Times and other newspapers before returning to the Winston-Salem Journal.

Ellyn Bache used Parker's diary when conducting research for her 1997 novel The Activist's Daughter about student activists at the University of North Carolina at Chapel Hill in 1963.

FULL ARTICLE AT WIKIPEDIA.ORG
This article is licensed under the GNU Free Documentation License.
It uses material from the Wikipedia article "Karen Parker."
Back to Article
/