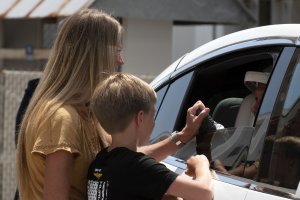 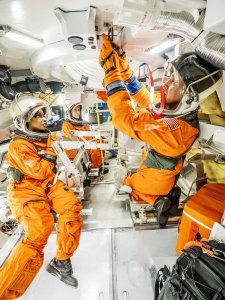 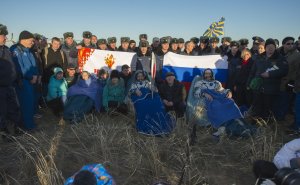 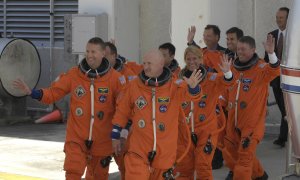 Karen LuJean Nyberg (born 7 October 1969) is an American mechanical engineer and NASA astronaut. Nyberg is the 50th woman in space.

She worked at Johnson Space Center from 1991 to 1995 and received a patent for work she completed in 1991 on Robot Friendly Probe and Socket Assembly. In 1998, on completing her doctorate, she accepted a position with the Crew and Thermal Systems Division, working as an Environmental Control Systems Engineer to improve space suit thermal control systems and evaluate firefighter suit cooling technologies. She also provided conceptual designs of the thermal control system for the Advanced Mars and Lunar Lander Mission studies, and environmental control system analysis for a collapsible hyperbaric chamber.

FULL ARTICLE AT WIKIPEDIA.ORG
This article is licensed under the GNU Free Documentation License.
It uses material from the Wikipedia article "Karen Nyberg."
Back to Article
/