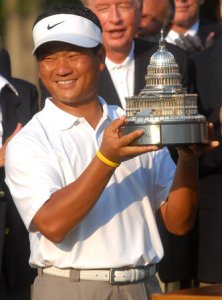 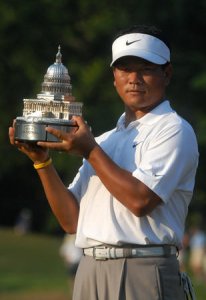 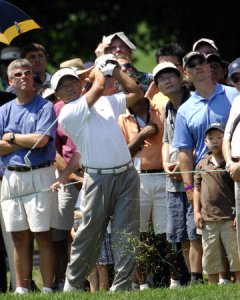 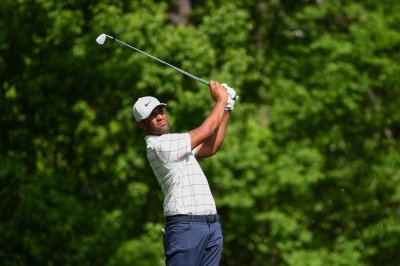 Golf // 2 years ago
Safeway Open: Tyler Duncan takes second-round lead
Tyler Duncan finished an uneven second round with two birdies and an eagle on Friday to grab a one-shot lead in the Safeway Open in Napa, Calif.

Sports News // 3 years ago
PGA: Leaderboard crowded after first day at Canadian Open
An early string of five consecutive birdies rocketed Hudson Swafford to a share of the first-round lead at the RBC Canadian Open on Thursday in Oakville, Ontario.

Golf // 3 years ago
South Korean Si Woo Kim becomes youngest winner of Players Championship
For most of Sunday, Si Woo Kim of South Korea looked as if he were taking a walk in the park rather than trying to hold the lead in one of the PGA Tour's most important events. 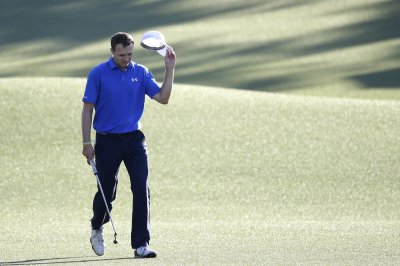 I'm very happy to have shot a great round today

Choi Kyung-Ju (Korean: 최경주, born 19 May 1970), also known as K. J. Choi. is a South Korean professional golfer who currently plays on the PGA Tour. Since turning pro in 1994, he has won a total of eighteen professional golf tournaments worldwide, including eight on the PGA Tour, making him Asia's most successful golfer. His most notable victory came at the 2011 Players Championship. He has spent 40 weeks in the top-10 of the world rankings.

After establishing his career on the Asian Tour, where he picked up his first professional win at the 1996 Korean Open, and the Japan Golf Tour, where he won twice in 1999, Choi qualified for membership of the U.S. based PGA Tour by finishing tied 35th at the 1999 qualifying tournament. He was the first Korean to earn a PGA Tour card. In his rookie season in 2000 he finished 134th on the money list and had to requalify, but since 2001 he has been a consistent performer on the tour. In 2002 he became the first Korean to win on the PGA Tour at the Compaq Classic of New Orleans, and followed this up with another win at the Tampa Bay Classic in the same year.

FULL ARTICLE AT WIKIPEDIA.ORG
This article is licensed under the GNU Free Documentation License.
It uses material from the Wikipedia article "K.J. Choi."
Back to Article
/