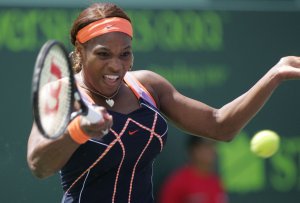 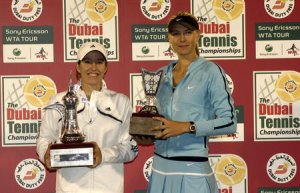 Tennis // 3 years ago
Venus Williams falls in fourth round at French Open
Venus Williams' 20th attempt to win the French Open ended just like the other 19 -- with her not the last person standing in Paris.

It is going to be a tough final, she's got nothing to lose

Even if I did not play my best, I was more positive than yesterday

Tennis experts cite her mental toughness, the completeness and variety of her game, her footspeed and footwork, and her one-handed backhand (which John McEnroe has described as the best single-handed backhand in the women's or men's game) as the principal reasons for her success.

FULL ARTICLE AT WIKIPEDIA.ORG
This article is licensed under the GNU Free Documentation License.
It uses material from the Wikipedia article "Justine Henin."
Back to Article
/