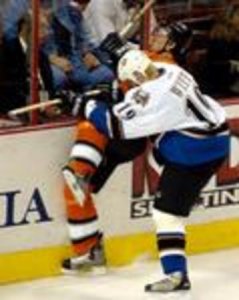 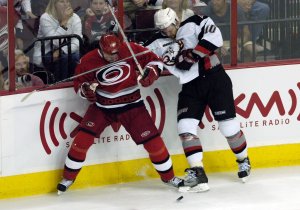 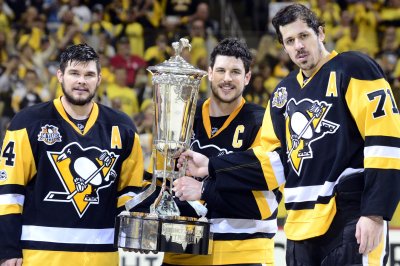 Justin Williams (born October 4, 1981) is a Canadian professional ice hockey right winger who currently plays for the Los Angeles Kings of the National Hockey League (NHL). He has also played for the Philadelphia Flyers and the Carolina Hurricanes.

Justin Williams grew up in Colborne, Ontario and played minor hockey in nearby Port Hope of the OMHA before gaining a reputation as a skilled playmaker with the Cobourg Cougars Jr.A. (OHA) in 1997-98.

Williams was drafted in the 6th round (125th overall) by the Plymouth Whalers in the 1998 OHL Priority Selection. Williams was signed as a 16-year old by the Whalers and split time between the OHL club and their affiliate Compuware Jr.A. club (NAHL) in the 1998-99 season.

FULL ARTICLE AT WIKIPEDIA.ORG
This article is licensed under the GNU Free Documentation License.
It uses material from the Wikipedia article "Justin Williams."
Back to Article
/