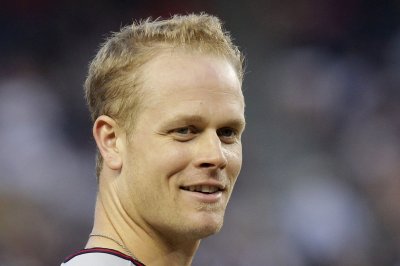 Sports News // 4 years ago
Jose Abreu fuels Chicago White Sox to series win over Detroit Tigers
CHICAGO -- Most players offer a simple greeting or share a joke with the opposing first baseman when they reach base safely.

I'd love to sit there and watch just as a fan

Justin Ernest George Morneau (born May 15, 1981) is a Canadian Major League Baseball (MLB) first baseman for the Minnesota Twins. At 6 feet 4 inches and 225 lbs, Morneau was originally drafted as a catcher by the Twins in 1999. He converted to first base in the minor leagues and made his MLB debut in 2003. A four-time All-Star, Morneau was the American League Most Valuable Player during the 2006 season and finished runner-up in 2008. He has also won two Silver Slugger Awards and the 2008 Home Run Derby.

Morneau is the youngest son of George Morneau, a hitting coach for many softball and baseball teams, childcare worker, and sporting goods store owner, and Audra Sinclair, an elementary school teacher and former fastpitch softball player. Justin has an older brother, Geordie. His father once played hockey for the Brandon Wheat Kings and attended the training camp of the Minnesota North Stars, coincidentally a team representing the same state in which his son would later play baseball.

Morneau grew up in New Westminster, British Columbia, the historic "Royal City," adjacent to Vancouver, where he played hockey for the local minor team, the New Westminster Royals, and emerged as a star goaltender, playing for teams a year older than he was.

FULL ARTICLE AT WIKIPEDIA.ORG
This article is licensed under the GNU Free Documentation License.
It uses material from the Wikipedia article "Justin Morneau."
Back to Article
/