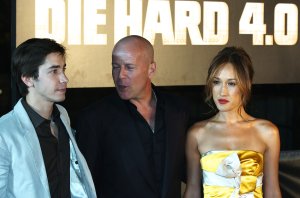 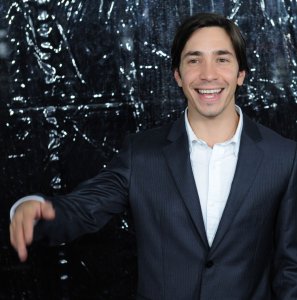 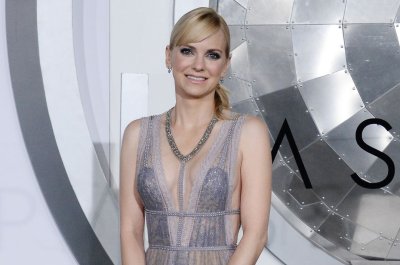 TV // 1 year ago
Anna Faris: 'Mom's' Christy is an 'against all odds character'
Anna Faris will be everywhere in September, with new episodes of her podcast "Unqualified" and Season 7 of CBS' "Mom," in which she portrays Christy, a character who will still be chasing her dream of becoming a lawyer. 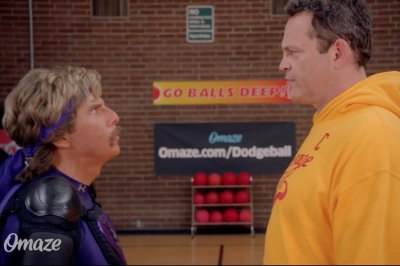 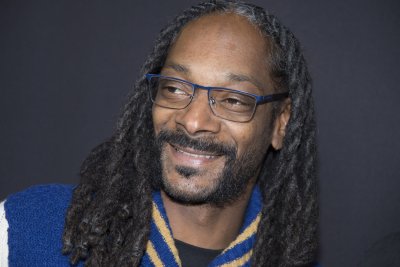 U.S. News // 4 years ago
Coal king reports to prison after appeal denied
Former Massey Energy CEO Don Blankenship lost his appeal to delay his sentence on a conviction related to a deadly 2010 mine explosion in Charleston, W.Va.

Justin Jacob Long (born June 2, 1978) is an American film and television actor. He is best known for his roles in the Hollywood films Galaxy Quest, Jeepers Creepers, Accepted, Dodgeball, Live Free or Die Hard, He's Just Not That into You, Drag Me to Hell, Going the Distance, and Youth in Revolt, and his personification of a Mac in Apple's "Get a Mac" advertising campaign.

Long was born in Fairfield, Connecticut. His father, R. James Long, was a philosophy and Latin professor at Fairfield University, and his mother, Wendy Lesniak, is an actress who has mostly appeared on stage. Long had a conservative Roman Catholic upbringing. His grandmother is Sicilian. His older brother, Damian, is a local stage actor as well as a teacher and theater director at Weston High School. His younger brother, Christian, appears in his brother's film Accepted as the school mascot. Long attended Fairfield College Preparatory School, a Jesuit school, and Vassar College, where he was a member of the sketch comedy group Laughingstock and starred in several plays, including Butterflies Are Free. He left college early to pursue his career. Before leaving, Long worked at Sacred Heart University in Fairfield, Connecticut, as an acting instructor/counselor for a children's theater group.

Long's film credits include Idiocracy, Waiting..., Jeepers Creepers, Dodgeball: A True Underdog Story, The Break-Up, Crossroads, Galaxy Quest, Dreamland, Alvin and the Chipmunks and Live Free Or Die Hard. He was also a regular on the NBC TV series Ed (2000–2004), playing socially awkward Warren Cheswick. He voiced the character of Alvin in 2007's Alvin and the Chipmunks and played the main character in the 2006 comedy film Accepted.

FULL ARTICLE AT WIKIPEDIA.ORG
This article is licensed under the GNU Free Documentation License.
It uses material from the Wikipedia article "Justin Long."
Back to Article
/