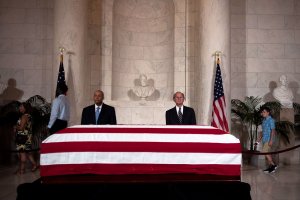 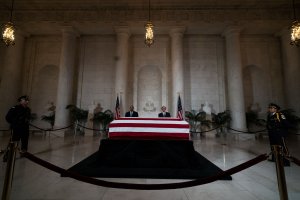 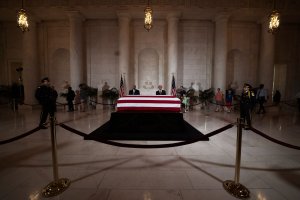 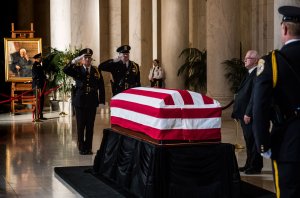 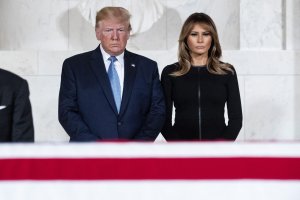 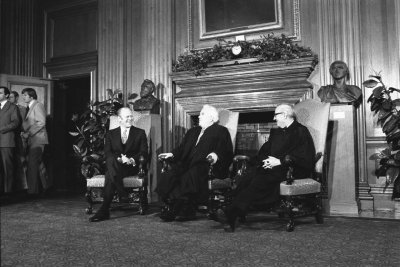 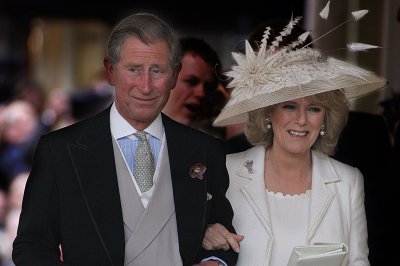 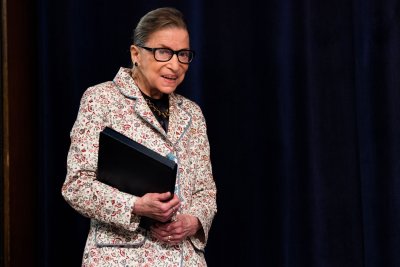 Under the U.S. Supreme Court: Governors get mangers under the Christmas tree Nov 28, 2010

If a non-discriminatory law is supported by valid neutral justifications, those justifications should not be disregarded simply because partisan interests may have provided one motivation for the votes of individual legislators. ... The application of the statute to the vast majority of Indiana voters is amply justified by the valid interest in protecting 'the integrity and reliability of the electoral process.

The Constitution assigns to the states the primary responsibility for determining the manner of selecting the presidential electors, ..

John Paul Stevens (born April 20, 1920) served as an Associate Justice of the Supreme Court of the United States from December 19, 1975 until his retirement on June 29, 2010. At the time of his retirement, he was the oldest member of the Court and the third-longest serving justice in the Court's history. He was nominated by President Gerald Ford to replace the Court's longest serving justice, William O. Douglas. Stevens is widely considered to have been on the liberal side of the Court. Ford praised Stevens in 2005: "He is serving his nation well, with dignity, intellect and without partisan political concerns." Asked in an interview in September 2007 if he still considers himself a Republican, Stevens declined to comment.

FULL ARTICLE AT WIKIPEDIA.ORG
This article is licensed under the GNU Free Documentation License.
It uses material from the Wikipedia article "Justice John Paul Stevens."
Back to Article
/