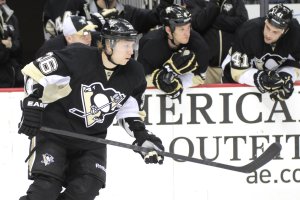 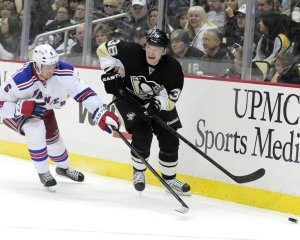 NHL // 5 years ago
David Krejci, Tuukka Rask help Boston Bruins complete sweep of Florida Panthers
BOSTON -- If the Boston Bruins hang on and end their two-year absence from the playoffs, they can look at the season series with the Florida Panthers as the thing that got them back to the postseason fun.

NHL // 5 years ago
NHL roundup: recap, scores, notes for every game played on March 14
WASHINGTON -- Alexander Ovechkin ended a 10-game scoreless drought with a second-period goal and the Washington Capitals halted their four-game losing streak Tuesday night with a 4-2 win over the Minnesota Wild in a battle of conference leaders.

NHL // 5 years ago
New York Rangers rev up attack in 5-2 win over Florida Panthers
SUNRISE, Fla. -- Henrik Lundqvist tied a season-high with 43 saves and set a career milestone, but the "Broadway Hat," awarded by New York Rangers players to their star of the game, went to a guy who played just his second NHL game of the season.

Jussi Jokinen (born April 1, 1983) is a Finnish professional ice hockey forward currently playing for the Carolina Hurricanes of the National Hockey League (NHL). Jokinen is of no relation to Olli Jokinen of the Calgary Flames, but has a younger brother, Juho, who currently plays for Kärpät in the Finnish SM-liiga.

Jokinen was drafted by the Dallas Stars in the 6th round, 192nd overall, in the 2001 NHL Entry Draft. Jokinen spent his four seasons before his NHL debut playing for Kärpät of the SM-liiga, the top Finnish league.

In his rookie year in the 2005–06 NHL season, Jokinen gained a great reputation in the NHL as one of the best shootout specialists in the league. Until being stopped by Evgeni Nabokov he was a remarkable nine-for-nine in shootouts before his first unsuccessful attempt. He can be seen pulling some unique dekes, such as the one handed slide in goal (as made famous by Peter Forsberg) - also known as "The Paralyzer" - in shootouts.

FULL ARTICLE AT WIKIPEDIA.ORG
This article is licensed under the GNU Free Documentation License.
It uses material from the Wikipedia article "Jussi Jokinen."