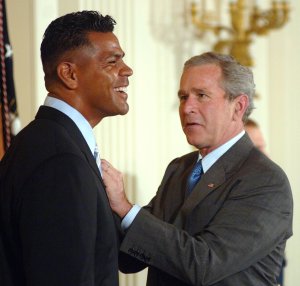 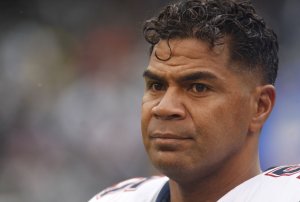 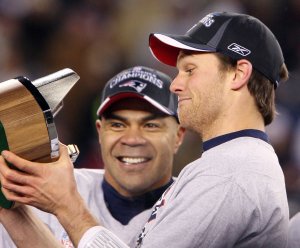 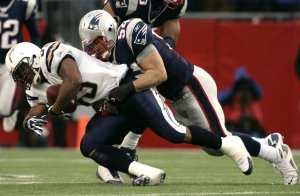 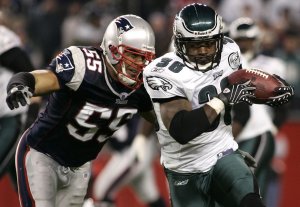 Health News // 2 years ago
Some NFL players may be misdiagnosed with brain disease
Former NFL players who get a diagnosis of chronic traumatic encephalopathy (CTE) when they're still alive may well be getting the wrong diagnosis, a new study suggests.

NFL // 4 years ago
Junior Seau's nephew tries out with New York Giants
The nephew of Pro Football Hall of Fame linebacker Junior Seau is bidding to make his mark on the NFL.

I am going to head back home to San Diego and have my local doctors there, who have been treating me for 12 years, work on it

The first thing we needed to do was stop Dillon

Tiaina Baul "Junior" Seau Jr. (pronounced /ˈseɪ.oʊ/; born January 19, 1969, in San Diego, California) is an American football linebacker for the New England Patriots of the National Football League. He was drafted fifth overall by the San Diego Chargers during the 1990 NFL Draft. He played college football at the University of Southern California, and is the progenitor NFL-USC linebacker."

A nine-time All-Pro and 12-time Pro Bowl selection, Seau was a member of the NFL 1990s All-Decade Team.

Though born in San Diego, his early years were spent with his family in American Samoa. Seau returned to California prior to grade school and has since resided in California. Seau attended Oceanside High School, and was an excellent student (a California All-Academic athlete with a 3.6 GPA in high school), and a letterman in football, basketball, and track & field. As a football player, Seau was a starter at linebacker and tight end, and as a senior, he was named the Avocado League Offensive Player of the Year. In basketball, as a senior, he was named the California Interscholastic Federation San Diego Section Player of the Year. In track & field he was the Avocado League Champion in the shot put.

FULL ARTICLE AT WIKIPEDIA.ORG
This article is licensed under the GNU Free Documentation License.
It uses material from the Wikipedia article "Junior Seau."