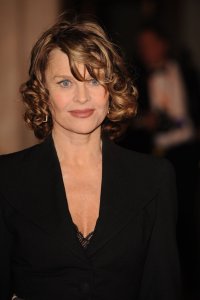 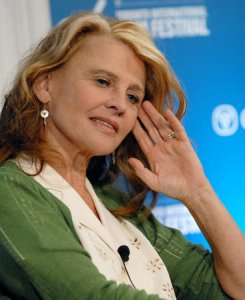 Top News // 9 months ago
The Almanac
On April 14, 1918, two U.S. pilots of the shot down two enemy German planes during World WarII, the first U.S.-involved dogfight in history.

Top News // 2 years ago
The Almanac
On April 14, 1865, John Wilkes Booth shot President Abraham Lincoln during a performance of "Our American Cousin" at Ford's Theatre. Lincoln died the next day.

Top News // 3 years ago
The Almanac
On April 14, 1865, John Wilkes Booth fatally shot President Abraham Lincoln during a performance of "Our American Cousin" at Ford's Theatre in Washington.

Julie Frances Christie (born 14 April 1941) is a British actress. She was a pop icon of the "swinging London" era of the 1960s, and has won the Academy Award, Golden Globe, BAFTA, and Screen Actors Guild Awards.

Christie was born in Chabua, Assam, India, then part of the British Empire, the first of two children of Rosemary (née Ramsden) and Frank St. John Christie. Christie's mother was a Welsh-born painter and childhood friend of actor Richard Burton, while Christie's father ran the tea plantation around which Christie grew up. She had a brother and a half-sibling from her father's affair with an Indian mistress. Christie's parents separated during her childhood. She was baptized in the Anglican church, and studied as a boarder at the independent Convent of Our Lady School in St. Leonards-on-Sea, East Sussex, (from which she was later expelled), and then at the independent Wycombe Court School in High Wycombe, Buckinghamshire, also living with a foster mother from the age of six. After her parents' divorce, Christie spent time with her mother in rural Wales. As a teenager at Wycombe Court School, she played the role of the Dauphin in a school production of George Bernard Shaw's Saint Joan. She later studied at the Central School of Speech and Drama before getting her big break in 1961 in a science fiction series on BBC television, A for Andromeda.

Christie's first major film role was in The Fast Lady, a 1962 romantic comedy, but she was first gained notice as Liz, the friend and would-be lover of the eponymous Billy Liar (1963) played by Tom Courtenay. The director, John Schlesinger, cast Christie only after another actress dropped out of the film.

FULL ARTICLE AT WIKIPEDIA.ORG
This article is licensed under the GNU Free Documentation License.
It uses material from the Wikipedia article "Julie Christie."
Back to Article
/