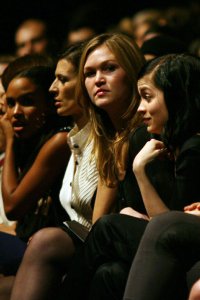 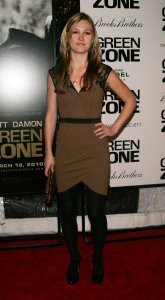 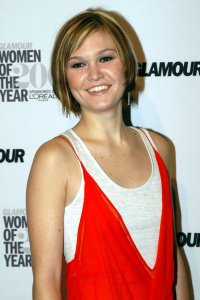 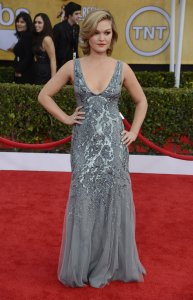 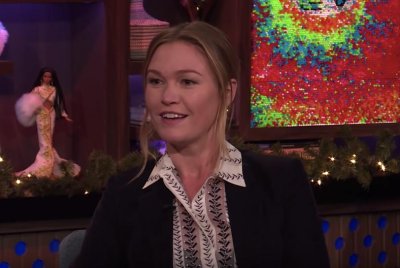 Entertainment News // 10 months ago
Lili Reinhart was 'so stoked' to star in 'Hustlers'
"Riverdale" star Lili Reinhart discussed "Hustlers" and her character's quirk of throwing up when she got nervous.

Julia O'Hara Stiles (born March 28, 1981) is an American actress. She first gained prominence for her lead roles in teen films such as 10 Things I Hate About You (1999) for which she won MTV Movie Award for Best Breakthrough Performance, Down to You (2000) and Save the Last Dance (2001) winning the Teen Choice Award for Choice Movie Actress. Her career progressed to starring in films such as The Business of Strangers (2001), Mona Lisa Smile (2003) and The Omen (2006). She guest starred as Lumen Pierce in the fifth season of the Showtime series Dexter (2010), a role that earned her Emmy and Golden Globe nominations. Most recently, Stiles had a supporting role in Silver Linings Playbook (2012), and also appears in Blue, a web series from WIGS (2012–present). Other film roles include romantic comedy The Prince and Me (2004), noir-inspired drama-thriller A Little Trip to Heaven (2005), British-Canadian co-production The Cry of the Owl (2009), Between Us (2012) and Out of the Dark (2014). She also played the supporting character Nicky Parsons in the Bourne film series (2002–2007), a role which she will reprise in 2016.[1]

FULL ARTICLE AT WIKIPEDIA.ORG
This article is licensed under the GNU Free Documentation License.
It uses material from the Wikipedia article "Julia Stiles."
Back to Article
/