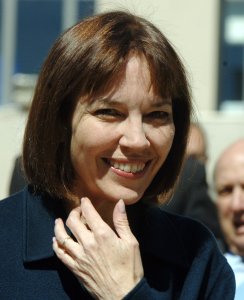 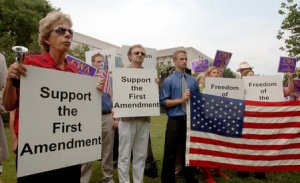 Top News // 4 years ago
The Almanac
On Jan. 2, 1935, Bruno Hauptmann, "The Most Hated Man in the World," went on trial for the kidnapping and murder of Charles Lindbergh, Jr., eldest son of famed aviator, Charles Lindbergh.

Judith Miller (born January 2, 1948) is a Pulitzer Prize-winning American journalist, formerly of the New York Times Washington bureau. Her coverage of Iraq's alleged Weapons of Mass Destruction (WMD) program both before and after the 2003 invasion generated much controversy. A number of stories she wrote while working for the New York Times later turned out to be inaccurate or completely false.

Miller was later involved in disclosing Valerie Plame's identity as a CIA agent. She spent three months in jail for claiming reporter's privilege and refusing to reveal her sources in the CIA leak. Miller retired from her job at the New York Times in November 2005. Later she was a contributor to the Fox News Channel and a fellow at the conservative Manhattan Institute think-tank. On December 29, 2010, numerous media outlets reported that she had signed on as a contributing writer to the conservative magazine Newsmax.

Born in New York City to a Jewish father and an Irish Catholic mother, Judith Miller grew up in Miami and Los Angeles, where she graduated from Hollywood High School. Her father, Bill Miller, was the owner of a famous night club in New Jersey and later in Las Vegas. Her sister Susan has a degree in photography from the San Francisco Art Institute. Her half-brother was Rolling Stones record producer Jimmy Miller; he was also the writer of the lyrics to the Spencer Davis Group song "I'm a Man".

FULL ARTICLE AT WIKIPEDIA.ORG
This article is licensed under the GNU Free Documentation License.
It uses material from the Wikipedia article "Judith Miller."
Back to Article
/