NFL // 3 months ago
Jags OC Jay Gruden says it's his job to 'mesh' with QB Garden Minshew
New Jacksonville Jaguars offensive coordinator Jay Gruden said it will be his job to "mesh" his personality with quarterback Gardner Minshew in 2020.

NFL // 1 year ago
Eagles need to beat Redskins and get some help
Two things have to happen for the Philadelphia Eagles to reach the playoffs. 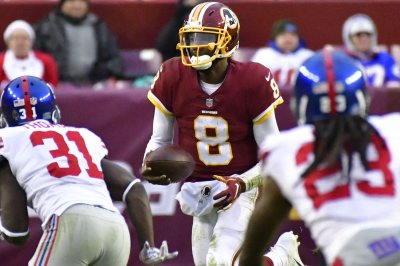 NFL // 1 year ago
Redskins QB Johnson steps in against Jaguars
New Washington Redskins quarterback Josh Johnson threw his first NFL pass since 2011 last week, and on Sunday against the Jaguars in Jacksonville, he will make his first NFL start also since 2011. 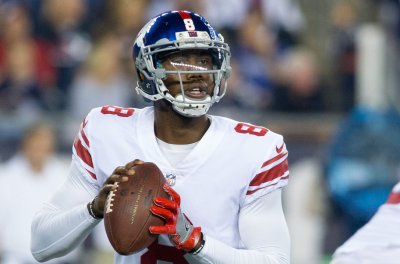 NFL // 1 year ago
Redskins sign QB Johnson to back up Sanchez
The Washington Redskins made it official by signing journeyman quarterback Josh Johnson, the team announced Wednesday.

Johnson attended Oakland Technical High School and was a student and a letterman in football, basketball, and track & field. In football, as a senior, he was named the team's Most Improved Player, was a first team All-City selection, and led his team to the Oakland Athletic League Championship.

FULL ARTICLE AT WIKIPEDIA.ORG
This article is licensed under the GNU Free Documentation License.
It uses material from the Wikipedia article "Josh Johnson."
Back to Article
/