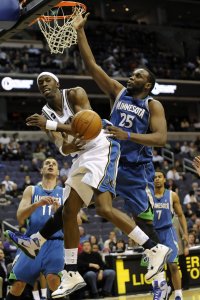 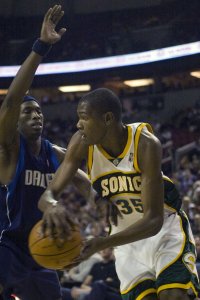 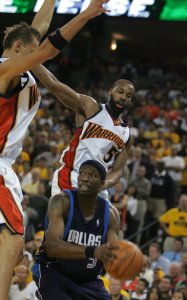 I was more worried about the butterflies than the ankle, especially in the first half

Howard attended Glenn High School in Kernersville, where he was a First-Team All-State selection in his senior year and averaged six blocks per game while shooting 70%. He also averaged a double-double at Glenn during his junior and senior years, during which time he also received the Frank Spencer Award (for the top player in Northwest North Carolina) twice. During his senior year at Glenn High School, Howard was handcuffed outside of a BP gas station the night before his SAT examination. Howard had been loitering on the premises with some of his friends, and undercover cops, believing the teenagers had been selling drugs, detained them.

In order to get into Wake Forest, Howard needed an SAT score of at least 950. Howard did not get a 950, saying his score was "somewhere in the 500s". He therefore spent a year at Hargrave Military Academy in Chatham, Virginia, where he averaged a double-double, with 19.9 points and 10.1 rebounds per game. Howard led Hargrave to a 27-3 record, shooting well on the floor with 56%. He also averaged 44% from behind the three-point line and 85% from the free throw line. Howard participated in the ACC-SEC game between new signings from the two conferences. Howard scored 14 points in 15 minutes to help lift the ACC team to a 145-115 win over the SEC.

FULL ARTICLE AT WIKIPEDIA.ORG
This article is licensed under the GNU Free Documentation License.
It uses material from the Wikipedia article "Josh Howard."
Back to Article
/