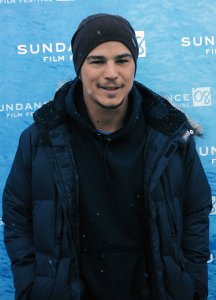 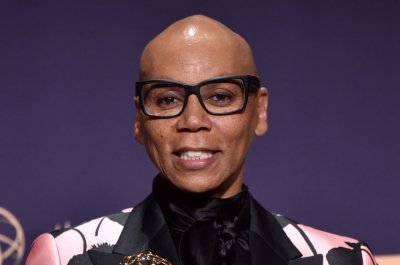 TV // 6 months ago
'Die Hart' comedy was Kevin Hart's idea, says showrunner
"Die Hart" screenwriter and producer Tripper Clancy says Kevin Hart came up with the idea to make a comedy that pokes fun of his aspirations to become a leading man.

I'd rather not comment on my personal life in that way

I'm not in that race to be the hottest actor. I was for a couple of years, and it was really uncomfortable. I didn't like that whole world. I think trying to stay on top that way is a shortcut to unhappiness

To tell you the truth, while we were shooting it, I didn't find it at all embarrassing. Watching it a little bit, I guess. That's kind of the point of getting into a character. This situation means a lot to him, so you don't really think about it as embarrassing at the time, but then when you see it, it's embarrassing. Yeah, certain things, if I had any common sense, I'd take back. But I don't

Joshua Daniel "Josh" Hartnett (born July 21, 1978) is an American actor and producer. He first came to audiences' attention in 1997 as "Michael Fitzgerald" in the television series Cracker. He made his feature film debut in 1998, co-starring with Jamie Lee Curtis in Halloween H20: 20 Years Later for Miramax. That same year, he received an MTV Movie Award nomination for Best Breakthrough Male Performance. Hartnett gained fame for his role as Cpt Danny Walker in Pearl Harbor, and has starred since then for a variety of well-known directors such as Ridley Scott, Brian De Palma, Robert Rodriguez, Tran Anh Hung, Roland Joffé and Michael Bay.

Hartnett was born in San Francisco, California, and was raised mostly by his father, Daniel Hartnett (a building manager), and his stepmother, Molly (an artist) near Saint Paul, Minnesota. He has three younger half-siblings. He is of Irish ancestry and was raised Roman Catholic, attending Nativity of Our Lord Catholic Grade School, where he played Adam Apple in an eighth grade production of "Krazy Kamp". He later attended Cretin-Derham Hall High School before switching to South High School in Minneapolis, Minnesota, from which he graduated in June 1996.

Hartnett was active in sports as a child, especially football, and did not entertain the thought of becoming a performer, until an injury left him unable to participate on the athletic playing field. A relative encouraged him to audition for a stage production of Tom Sawyer & Huckleberry Finn and to his surprise, he won the part of Huckleberry Finn. Now in love with the stage, he went on to star in a slew of high school plays.

FULL ARTICLE AT WIKIPEDIA.ORG
This article is licensed under the GNU Free Documentation License.
It uses material from the Wikipedia article "Josh Hartnett."
Back to Article
/