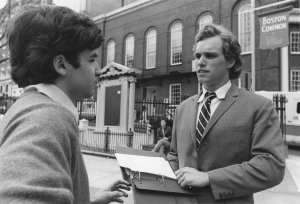 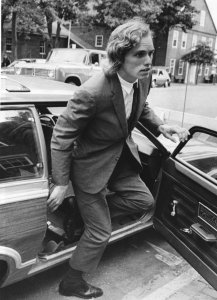 U.S. News // 3 years ago
Kennedys write pro-vaccine op-ed to counter RFK Jr.'s advocacy
The debate over vaccines has driven a wedge through the Kennedys, with several prominent family members writing an op-ed blasting Robert Kennedy Jr. for his anti-vaccination views.

Some people say it's bad politics to do this. I say it's a crime against humanity not to. Because no one, no one should be left out in the cold

He served as a member of the U.S. House of Representatives from the 8th congressional district of Massachusetts from 1987 to 1999. In 1979 he had founded and led Citizens Energy Corporation, a non-profit energy company until election to the U.S. House; since 1999 he has continued to lead Citizens Energy.

FULL ARTICLE AT WIKIPEDIA.ORG
This article is licensed under the GNU Free Documentation License.
It uses material from the Wikipedia article "Joseph P. Kennedy II."