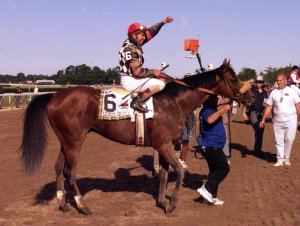 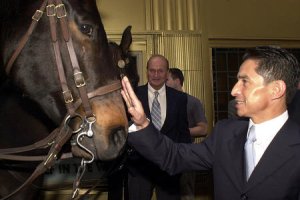 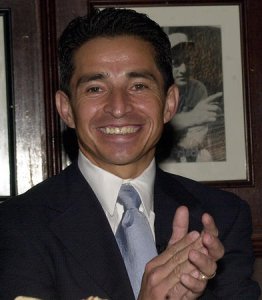 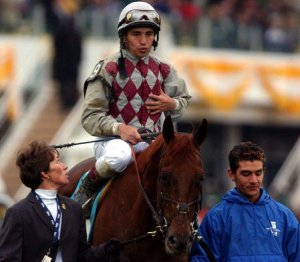 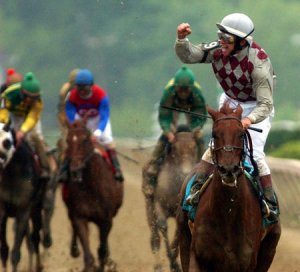 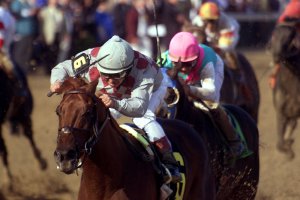 He's a pretty nice horse and always acted like a mile and an eighth would be his best distance. Maybe it will be

But when she was ready to come back, the race that was there was on the turf. So we just put her out there

Between seven-eighths and a mile, he's one of the best horses there is right now

Jose Santos first raced horses at Club Hipico de Concepcion in his native Chile, following in the footsteps of his father and three of his seven brothers, and in Colombia until moving to the United States in 1984 where he was the top money-winning jockey four years in a row from 1986 through 1989, winning the 1988 Eclipse Award for Outstanding Jockey in the United States. Santos was at the top of the sport during these years. He is a seven-time winner of Breeders' Cup races and won the 1999 Belmont Stakes aboard Lemon Drop Kid. He won the 2003 Kentucky Derby and Preakness Stakes with Funny Cide but missed winning the American Triple Crown after finishing third in the Belmont Stakes. In recent years, Santos would say that Funny Cide was not the greatest horse he ever rode, but he certainly was his personal favorite.

Santos won the coveted George Woolf Memorial Jockey Award in 1999. The George Woolf Memorial Jockey Award has been presented annually since 1950 to the thoroughbred horse racing jockey in North America who demonstrates high standards of personal and professional conduct both on and off the racetrack. It has long been considered a very high honor to win the George Woolf award as the winning jockey is selected by his or her peers. Santos also won the 2003 ESPY Awards as the outstanding jockey in the United States. Santos has long been a fan favorite and one of the most well liked and respected jockeys in the sport.

FULL ARTICLE AT WIKIPEDIA.ORG
This article is licensed under the GNU Free Documentation License.
It uses material from the Wikipedia article "Jose Santos."
Back to Article
/