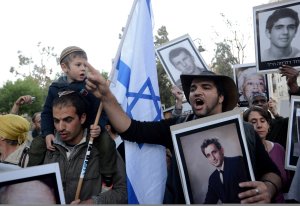 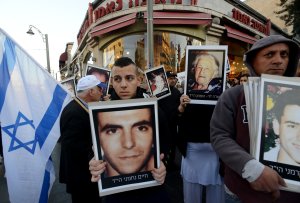 U.S. News // 6 years ago
Snowden docs show U.S., Britain spied on Israel drone flights
The United States and Britain are said to have operated hacking missions to spy on secret drone flights carried out by the Israeli air force in the late 1990s.

There has been an on-going treacherous complicity between Rafi Eitan and successive governments of Israel, which more than any other factor, is what is keeping Jonathan in prison

I hope that my own personal appeal may touch your heart and elicit a compassionate, humanitarian response to my heartfelt request to be sent home to Israel for Passover, the holiday of freedom

Jonathan Jay Pollard (born August 7, 1954 in Galveston, Texas) is a former civilian intelligence analyst who was convicted of spying for Israel. He received a life sentence in 1987.

Israel granted Pollard citizenship in 1995, while publicly denying, until 1998, that he was an Israeli spy. Israeli activist groups, as well as high-profile Israeli politicians, have lobbied for his release. Israeli Prime Minister Benjamin Netanyahu has voiced particularly strong support for Pollard, visiting the convicted spy in prison in 2002.

Pollard's case was later linked to that of Ben-Ami Kadish, another U.S. national who pleaded guilty to charges of passing classified information to Israel in the same period.

FULL ARTICLE AT WIKIPEDIA.ORG
This article is licensed under the GNU Free Documentation License.
It uses material from the Wikipedia article "Jonathan Pollard."