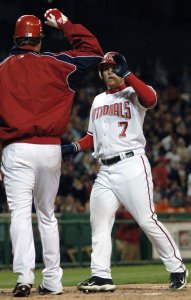 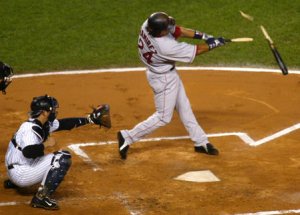 I give a lot of my credit to my pitching coach, Oscar Acosta

Liebers most productive season came in 2001, when he led the league in games started (35) and innings (251), posted a career-high 20 victories, was selected an All-Star, and finished 4th in the Cy Young Award vote. In the same year, he one-hit the Cincinnati Reds, 3-0, ending the team's NL-record streak of 208 games in a row without being shut out. He missed the entire 2003 season after undergoing Tommy John surgery in 2002. Lieber signed a two-year contract with the Yankees following the 2002 season. After recovering from the surgery, Lieber rewarded the Yankees' investment in 2004 by winning 14 games (tied for the team lead) and becoming the team's most consistent pitcher down the stretch.

FULL ARTICLE AT WIKIPEDIA.ORG
This article is licensed under the GNU Free Documentation License.
It uses material from the Wikipedia article "Jon Lieber."
Back to Article
/