Voices // 1 year ago
Religion in the classroom: Where the faithful and the ACLU can agree
The United States has a religion problem, but it is not what you might think. It is not a problem of too many religions, or religion influencing politics or even of religious extremists. No, the problem is ignorance.

TV // 1 year ago
'Arrow,' 'Flash' and 'Supergirl' unite in new 'Elseworlds' trailer
The worlds of "Arrow," "Flash" and "Supergirl" collide in the latest trailer for The CW's upcoming crossover event titled "Elseworlds." 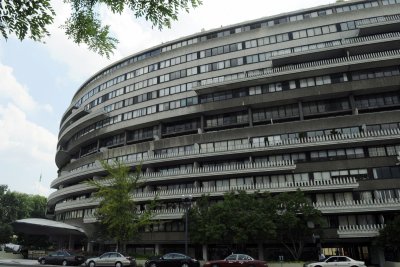 Top News // 3 years ago
The Almanac
On Feb. 28, 1996, Britain's Prince Charles and Princess Diana agreed to divorce after 15 years of marriage.

Top News // 4 years ago
The Almanac
On June 17, 1967, China announced it had successfully tested a hydrogen bomb.

John Wesley ( /ˈwɛslɪ/; 28 June 1703 – 2 March 1791) was a Church of England cleric and Christian theologian. Wesley is largely credited, along with his brother Charles Wesley, as founding the Methodist movement which began when he took to open-air preaching in a similar manner to George Whitefield. In contrast to George Whitefield's Calvinism, Wesley embraced the Arminian doctrines that were dominant in the 18th-century Church of England. Methodism in both forms was a highly successful evangelical movement in the United Kingdom, which encouraged people to experience Jesus Christ personally.

Wesley's writing and preachings provided the seeds for both the modern Methodist movement and the Holiness movement, which encompass numerous denominations across the world. In addition, he refined Arminianism with a strong evangelical emphasis on the Reformed doctrine of justification by faith.

Wesley helped to organise and form societies of Christians throughout England, Scotland, Wales and Ireland as small groups that developed intensive, personal accountability, discipleship and religious instruction among members. His great contribution was to appoint itinerant, unordained preachers who travelled widely to evangelise and care for people in the societies. Young men who acted as their assistants were called "exhorters" who functioned in a similar fashion to the twelve apostles after the ascension of Jesus.

FULL ARTICLE AT WIKIPEDIA.ORG
This article is licensed under the GNU Free Documentation License.
It uses material from the Wikipedia article "John Wesley."
Back to Article
/