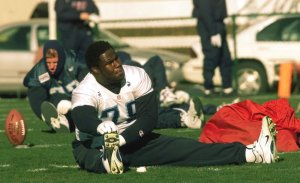 Movies // 11 months ago
Harrison Ford asks dog to go on an adventure in 'Call of the Wild' trailer
Twentieth Century Fox released the first trailer for its upcoming film adaptation of Jack London's adventure novel "The Call of the Wild" on Wednesday.

Science News // 5 years ago
Google hands out $6 million in 'milestone awards' to Lunar XPrize teams
Five of the 18 teams competing to put a rover on the moon, as part of Google's Lunar XPrize competition, got milestone awards on Monday.
Odd News // 6 years ago
Police: 'Aggressive' hotel mopping led to arrest
An incident that began with a Connecticut man's "aggressive" mopping at a hotel ended with the man's arrest, police said.
U.S. News // 9 years ago
Witness in murder trial collapses on stand
A witness in the prosecution of a man accused of killing the mayor of Washington Park, Ill., collapsed on the stand after saying her life had been threatened.
U.S. News // 1 decade ago
Arrest made in Ill. mayor slaying
A 34-year-old man was arrested Wednesday in the April 1 shooting death of Washington Park, Ill., Mayor John Thornton, state police said.
U.S. News // 1 decade ago
Several questioned in mayor's death
Several people were questioned Thursday in the shooting death of Washington Park, Ill., Mayor John Thornton, found in his car on a city street, police said.
Top News // 1 decade ago
Accused Fla. cat killer to get state aid
A judge in Miami-Dade County, Fla., ruled Monday the state will help pay for the defense of accused serial cat killer Tyler Weinman.
Entertainment News // 1 decade ago
Richard Armitage joins 'Spooks' cast
British actor Richard Armitage has joined the cast of the popular U.K. spy drama series "Spooks," known as "MI-5" when it airs on BBC America.

There are still a couple of issues, but the ACC will be expanding

There are still a couple of issues, but the ACC will be expanding

John Jason Thornton (born October 2, 1976 in Philadelphia, Pennsylvania) is a former American football defensive tackle of the National Football League. He was drafted by the Tennessee Titans in the second round of the 1999 NFL Draft. He played college football at West Virginia.

In addition to four years in Tennsseee, Thornton also played six seasons with the Cincinnati Bengals. He retired following the 2008 season.

FULL ARTICLE AT WIKIPEDIA.ORG
This article is licensed under the GNU Free Documentation License.
It uses material from the Wikipedia article "John Thornton."
Back to Article
/