Top News // 4 months ago
The Almanac
On May 6, 1940, "The Grapes of Wrath" by John Steinbeck was awarded the Pulitzer Prize for fiction. 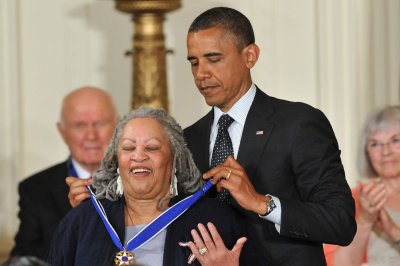 World News // 1 year ago
On This Day: First U.S. dogfight occurs as part of WWI
On April 14, 1918, two U.S. pilots of the shot down two enemy German planes during World WarII, the first U.S.-involved dogfight in history.

Top News // 2 years ago
The Almanac
On May 6, 1937, the German passenger airship Hindenburg erupted in a fireball at Lakehurst, N.J., killing 35 of the 97 passengers and crew aboard the zeppelin.

Top News // 3 years ago
The Almanac
On April 14, 1865, John Wilkes Booth shot President Abraham Lincoln during a performance of "Our American Cousin" at Ford's Theatre. Lincoln died the next day.

Top News // 3 years ago
The Almanac
On Feb. 27, 1933, it was announced that President-elect Franklin Delano Roosevelt would use a 263-year-old tattered Dutch Bible that had been in the possession of his family since 1670 for his inauguration on March 4.

U.S. News // 3 years ago
Supreme Court to hear Texas death row case of mentally disabled killer
The U.S. Supreme Court said it will hear a case testing whether the Texas standard for mental disability is too weak to determine fitness for the death penalty.

Music // 4 years ago
Selena Gomez: People would think dating me is 'dumb'
Selena Gomez addressed public interest in her personal life and past relationship with Justin Bieber in the September issue of Vogue Australia.

Top News // 4 years ago
The Almanac
On April 14, 1865, John Wilkes Booth fatally shot President Abraham Lincoln during a performance of "Our American Cousin" at Ford's Theatre in Washington.

He has caught the soldier's imagination. He gets laughter wherever he goes from men who need laughter

He has caught the soldier's imagination. He gets laughter wherever he goes from men who need laughter

John Ernst Steinbeck, Jr. (February 27, 1902 – December 20, 1968) was an American writer. He wrote the Pulitzer Prize-winning novel The Grapes of Wrath (1939) and East of Eden (1952) and the novella Of Mice and Men (1937). He wrote a total of twenty-seven books, including sixteen novels, six non-fiction books and five collections of short stories. In 1962, Steinbeck received the Nobel Prize for Literature.

John Ernst Steinbeck, Jr. was born on February 27, 1902, in Salinas, California. He was of German and Irish descent. Johann Adolf Großsteinbeck, Steinbeck's paternal grandfather, had shortened the family name to Steinbeck when he immigrated to the United States. The family farm in Heiligenhaus, Germany, is still today named "Großsteinbeck."

His father, John Ernst Steinbeck, served as Monterey County treasurer. John's mother, Olive Hamilton, a former school teacher, shared Steinbeck's passion of reading and writing. Steinbeck lived in a small rural town that was essentially a frontier settlement, set amid some of the world's most fertile land. He spent his summers working on nearby ranches and later with migrant workers on Spreckels ranch. He became aware of the harsher aspects of migrant life and the darker side of human nature, which material expressed in such works as Of Mice and Men. He also explored his surroundings, walking across local forests, fields, and farms.

FULL ARTICLE AT WIKIPEDIA.ORG
This article is licensed under the GNU Free Documentation License.
It uses material from the Wikipedia article "John Steinbeck."
Back to Article
/