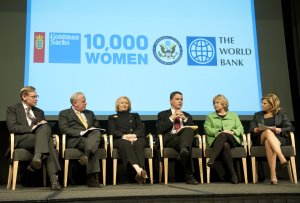 Health News // 4 years ago
New skin patch analyzes sweat during exercise
How much are you really sweating when you exercise? You may not need to wring yourself dry to find out. 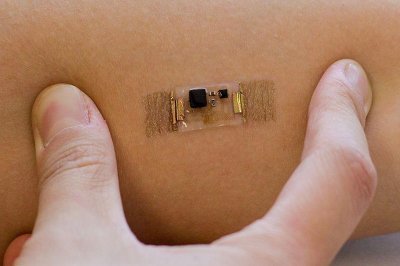 Health News // 4 years ago
Skin patch might someday track your health
A new type of acoustic sensor that resembles a small Band-Aid on the skin can monitor your heartbeat and other health measures, researchers say.

Health News // 5 years ago
Implantable brain monitor dissolves when no longer needed
Researchers created a thin electronic sensor that monitors temperature and pressure in the brain after injury that dissolves when no longer needed.
Science News // 6 years ago
First 3D-printed car unveiled in Chicago
A world record was broken at the International Manufacturing Technology Show, held in Chicago last week. A car was made using a 3D printer -- the first ever.
Defense News // 6 years ago
Lockheed Martin opening Sniper ATP support facility in Saudi Arabia
Sniper Advanced Targeting Pods used by the Saudi Arabian Air Force will receive support work from a local company, which has partnered with Lockheed Martin.
Science News // 6 years ago
Scientists unveil camouflage sheet inspired by octopus skin
Scientists unveiled a thin and flexible pixellated sheet that mimics the color-changing capabilities of cephalopods.

John Rogers (c. 1500 – 4 February 1555) was a clergyman, Bible translator and commentator, and the first English Protestant martyr under Mary I of England.

Rogers was born in Deritend, an area of Birmingham then within the parish of Aston. His father was also called John Rogers and was a lorimer – a maker of bits and spurs – whose family came from Aston; his mother was Margaret Wyatt, the daughter of a tanner with family in Erdington and Sutton Coldfield.

Rogers was educated at the Guild School of St John the Baptist in Deritend, and at Pembroke Hall, Cambridge University, where he graduated B.A. in 1526. Between 1532 and 1534 he was rector of Holy Trinity the Less in the City of London,

FULL ARTICLE AT WIKIPEDIA.ORG
This article is licensed under the GNU Free Documentation License.
It uses material from the Wikipedia article "John Rogers."
Back to Article
/