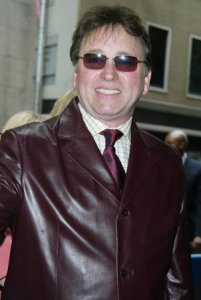 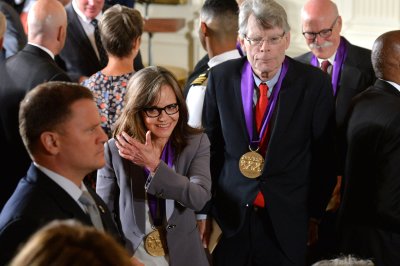 Top News // 5 years ago
The Almanac
In 2001, President George W. Bush said al-Qaida founder Osama bin Laden was "wanted dead or alive" for the Sept. 11 terrorist attacks on the United States.
Entertainment News // 6 years ago
Kaley Cuoco receives star on Hollywood Walk of Fame
Kaley Cuoco became an official Hollywood star on Wednesday as she received a star on the Hollywood Walk Of Fame.
Odd News // 6 years ago
The Almanac
UPI Almanac for Wednesday, Sept. 17, 2014
Blog // 7 years ago
Andrea Martin to star in 'Noises Off'
Broadway veteran Andrea Martin will headline a new revival of the classic comedy "Noises Off" put on by the Roundabout Theatre Company in January.
Odd News // 7 years ago
The almanac
UPI Almanac for Tuesday, Sept. 17, 2013.

John Ritter was born in Burbank, California, the son of Dorothy Fay (née Southworth), an actress, and singing cowboy/matinee-star Tex Ritter. He attended Hollywood High School, where he was student body president. He went on to the University of Southern California, where he was a member of the Phi Gamma Delta (FIJI) fraternity, and majored in psychology and minored in architecture. In 1966 at the age of 18, Ritter was a contestant on The Dating Game.

FULL ARTICLE AT WIKIPEDIA.ORG
This article is licensed under the GNU Free Documentation License.
It uses material from the Wikipedia article "John Ritter."
Back to Article
/