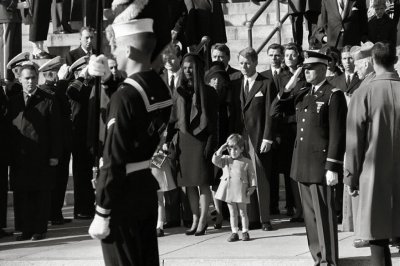 John Marlan Poindexter (born August 12, 1936) is a retired United States naval officer and Department of Defense official. He was Deputy National Security Advisor and National Security Advisor for the Reagan administration. He was convicted in April 1990 of multiple felonies as a result of his actions in the Iran-Contra affair, but his convictions were reversed on appeal in 1991. More recently, he served a brief stint as the director of the DARPA Information Awareness Office for the George W. Bush administration.

Poindexter was born in Washington, Indiana. He graduated from the United States Naval Academy in 1958, where he was first in his class, and among his fellow graduates were Bruce McCandless II who graduated second and Senator John McCain. National Security Advisor Robert McFarlane graduated the following year. From 1961 to 1964, Poindexter studied as a graduate student and earned his M.S. in 1961 and his Ph.D. in 1964 from the California Institute of Technology (Caltech) in Nuclear Physics. For his PhD, he conducted laboratory research to further develop a model for understanding the Mössbauer effect with Nobel Laureate Rudolf Mössbauer.

While commander of a destroyer squadron, he was Surface Warfare and Anti-submarine warfare Commander of battle groups in the Western Pacific Ocean and Indian Ocean, and he developed new tactics and battle management procedures under the Composite Warfare Commander concept. As the commanding officer of USS England (DLG-22/CG-22), he pioneered the shipboard use of computers to manage the ship's force portion of yard overhauls.

FULL ARTICLE AT WIKIPEDIA.ORG
This article is licensed under the GNU Free Documentation License.
It uses material from the Wikipedia article "John Poindexter."
Back to Article
/