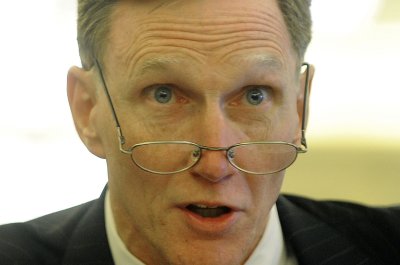 Given the list of threats on subways and rails over the last six years, going on seven years, we know that some terrorist groups see rail and subways as being more vulnerable because there's not the type of screening that you find in aviation

We welcome feedback and comments ... and we will work to make [searches] as minimally invasive as possible while still providing the security that the American people want and deserve

Allowing these uniformed pilots, whose identity has been verified, to go through expedited screening at the checkpoint just makes for smart security and an efficient use of our resources

John S. Pistole is the Administrator of the United States Transportation Security Administration (TSA) and former Deputy Director of the Federal Bureau of Investigation.

He is a graduate of Anderson University and the Indiana University School of Law - Indianapolis. Pistole practiced law for two years prior to joining the FBI in 1983.

Since the World Trade Center and Pentagon attacks, John Pistole has been pivotally involved in the formation of terrorism policies during the Bush and Obama administrations.

FULL ARTICLE AT WIKIPEDIA.ORG
This article is licensed under the GNU Free Documentation License.
It uses material from the Wikipedia article "John Pistole."
Back to Article
/