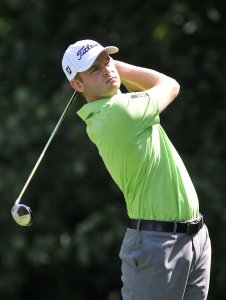 Golf // 4 years ago
Golf news: Justin Rose, Danny Willett to play in Rio Olympics
Justin Rose and Masters champion Danny Willett committed to play for Great Britain in the Rio Olympic Games on the final day to make the decision and two other players withdrew.

Golf // 4 years ago
2016 Quicken Loans National: 10 Players to Watch
The highest-ranked player in the field this week at No. 6 in the world, Fowler has struggled with three consecutive missed cuts in the Players, the Memorial and the U.S. Open. He's too good for this to continue and could be ready to snap out of it at Congressional. 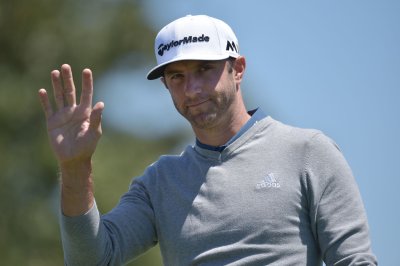 Entertainment News // 4 years ago
David Bowie dies at 69: British icon transcended music, film, fashion, generations
David Bowie, a British rock megastar who rapidly rose to superstardom and remained there for a half century, died Sunday after a yearlong battle with cancer.

Amanda is a Potential Slayer who appears in Season Seven, played by Sarah Hagan. A Sunnydale High student and member of the swing choir, she first appears in the episode "Help" as part of the seemingly-random stream of students showing up at Buffy's guidance office. Amanda was sent to Buffy for beating up another student who was picking on her. In the later episode "Potential", it is revealed that Amanda is in fact a Potential Slayer, and she aptly slays a vampire who threatens her and Dawn. Afterwards, Amanda moves into the Summers' residence, where she trains and becomes friends with her fellow Potentials. In the final episode of the show, "Chosen", Amanda is activated as a Slayer along with the other Potentials and battles against an army of Turok-Han vampires. She is last seen falling to the ground dead after her neck was snapped by a Turok-Han. She was the first potential to kill a vampire and the first one to kill a Turok-Han.

Anne (also known as "Sister Sunshine", "Chanterelle" and "Lily") is a recurring character initially appearing in Buffy the Vampire Slayer and later crossing over into Angel, portrayed by Julia Lee. Initially known as "Chanterelle", she first appears in the Buffy Season Two episode "Lie to Me" as a member of the Sunset Club, a naive cult that worships vampires. Chanterelle discovers the true nature of vampires when the club is raided by Spike's bloodthirsty gang, and her life is saved by Buffy Summers. The character reappears in the Season Three episode "Anne", now named "Lily" and in love with a boy called Rickie. Buffy is working as a waitress at a diner under her middle name, "Anne", after running away to Los Angeles. Lily explains to Buffy that she always changes her identity and persona as she moves from place to place. When Rickie is killed by a group of demons, Buffy and Lily are taken to a hell dimension where humans are worked as slaves. Lily helps Buffy defeat the demons, and afterward Buffy goes home, leaving her job, apartment, and identity as "Anne" to Lily.

FULL ARTICLE AT WIKIPEDIA.ORG
This article is licensed under the GNU Free Documentation License.
It uses material from the Wikipedia article "John Merrick."
Back to Article
/