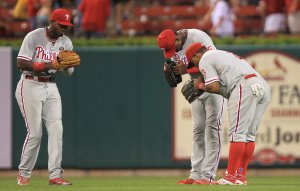 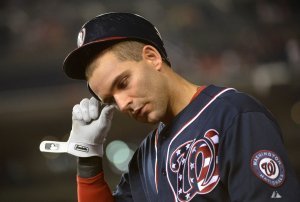 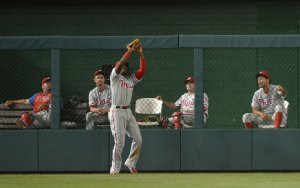 Sports News // 6 years ago
Gio Gonzalez, defense help Washington Nationals beat New York Mets
WASHINGTON -- Eric Campbell was between first and second base when he slammed his blue New York Mets helmet to the ground in the fifth inning Monday.

Sports News // 6 years ago
Harvey helps himself with homer in New York Mets' 4-2 win
NEW YORK -- Entering Saturday, ace right-handed pitcher Matt Harvey has made 52 big league starts, 14 of which he didn't win despite allowing one run or less.

Sports News // 6 years ago
Duda, New York Mets beat Miami Marlins in series opener
The Mets are riding their first five-game winning streak in nearly two years, as Luca Duda drove in the go-ahead run in the seventh inning to help give New York a 7-5 victory over the Miami Marlins.

Mayberry attended Northwestern High School, graduating in 1967. He was a gifted high school athlete, playing baseball, football, and basketball at Northwestern; John was twice named to the Detroit News All-State Basketball Team. After graduation, Mayberry was selected by the Houston Astros in the first round (sixth overall) of the 1967 Major League Baseball Draft. He was the second first baseman taken in the draft, Ron Blomberg having been selected number one overall by the New York Yankees.

As an 18-year-old, Mayberry was assigned to the Covington Astros of the Appalachian League. While there, he batted .252 in the 1967 season, hitting 4 home runs in 155 at-bats. He continued to develop the following season, making appearances at three different levels of minor league baseball. His batting average for the 1968 season was a robust .320, with a high of .338 in 195 at-bats for the Cocoa Astros of the Florida State League. Between three levels, Mayberry hit 23 home runs and slugged .552. He made his major league debut that season, appearing in four games but amassing no hits. During his four-game call-up, Mayberry recalled the first time that he met Hank Aaron, who was playing for the Atlanta Braves:

FULL ARTICLE AT WIKIPEDIA.ORG
This article is licensed under the GNU Free Documentation License.
It uses material from the Wikipedia article "John Mayberry."