NBA // 1 year ago
Wizards play for playoff positioning against Magic
Although the standings indicate the Washington Wizards are headed to the postseason this weekend, they are staggering to the finish. 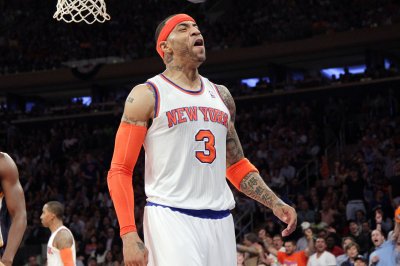 John Hammond (born July 19, 1954 in Zion, Illinois) is the current general manager of the Milwaukee Bucks of the National Basketball Association, having succeeded Larry Harris on April 11, 2008. Previously, Hammond had been an assistant GM with the Detroit Pistons, where he had also worked as an assistant coach. He had also been an assistant coach with the Los Angeles Clippers, University of Missouri, University of Nebraska, and Houston Baptist University. He is a graduate of Greenville College. He has a daughter Lauryn Shay Hammond who attends Marquette University.

On April 24, 2010, it was announced that Hammond had won the annual NBA Executive of the Year Award, the first time a Bucks executive had ever won the award in the team's history. Hammond was credited with building a Bucks team that went from 34 to 46 victories in one season, including a return to the playoffs for the first time since 2006. He also was responsible for several moves he made before the 2009-2010 season, such as drafting Brandon Jennings and bringing in veteran John Salmons in a trade. Both of them played key roles in the Bucks' 2009-2010 campaign.

FULL ARTICLE AT WIKIPEDIA.ORG
This article is licensed under the GNU Free Documentation License.
It uses material from the Wikipedia article "John Hammond."
Back to Article
/