Voices // 1 year ago
Trump, the Washington Beltway and 'China's century'
It ought to have been a "no-brainer" that dialogue was essential between the United States and the largest geographical entity on earth, the Russian Federation. 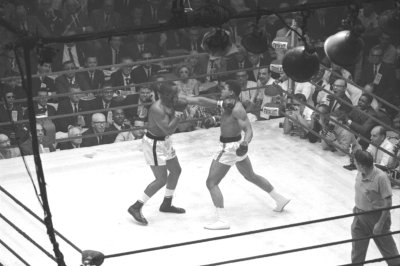 John Foster "Chip" Berlet (born November 22, 1949) is an American investigative journalist and photojournalist specializing in the study of right-wing movements in the United States, particularly the religious right, white supremacists, homophobic groups, and paramilitary organizations. He also studies the spread of conspiracy theories in the media and on the Internet, and political cults on both the right and left of the political spectrum.

He is the senior analyst at Political Research Associates (PRA), a non-profit group that tracks right-wing networks, and is known as one of the first researchers to have drawn attention to the efforts by white supremacist and anti-Semitic groups to recruit farmers in the Midwestern United States in the 1970s and 1980s. He is the co-author of Right-Wing Populism in America: Too Close for Comfort and editor of Eyes Right! Challenging the Right Wing Backlash.

FULL ARTICLE AT WIKIPEDIA.ORG
This article is licensed under the GNU Free Documentation License.
It uses material from the Wikipedia article "John Foster."
Back to Article
/