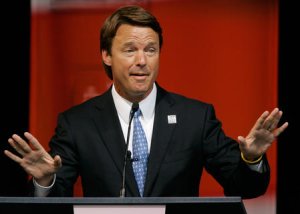 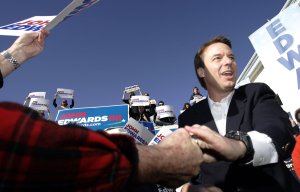 U.S. News // 1 year ago
Elizabeth Warren, Julián Castro may be rivals -- but they're buddies, too
When Julián Castro walked off the debate stage in June, his staff felt confident he'd had a successful night. They weren't the only ones. Sen. Elizabeth Warren sent him a text congratulating him on his performance. 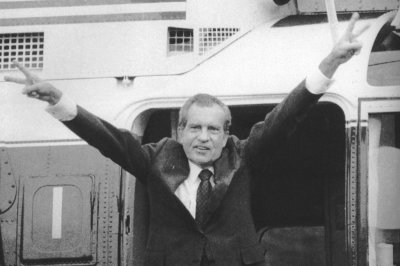 Sports News // 4 years ago
K.J. Choi, Scott Brown tied for Farmers lead
K.J. Choi of South Korea holed a four-foot birdie putt at No. 18 on Saturday to tie Scott Brown for the lead after three rounds of the Farmers Insurance Open.

U.S. News // 4 years ago
Your guide to the Iowa caucuses
The Iowa caucuses -- the official start of primary season -- can seem like a complicated process, but we've broken it down for readers.

Nothing is more important than electing Barack Obama and Joe Biden

It you listened to what I said and not to what the pundits said, I was thinking you would know that I was never inclined to endorse

We are a stronger party because Hillary Clinton is a Democrat

Johnny Reid "John" Edwards (born June 10, 1953) is an American politician, who served as a U.S. Senator from North Carolina. He was the Democratic nominee for Vice President in 2004, and was a candidate for the Democratic presidential nomination in 2004 and 2008.

After Edwards and Kerry lost the election to incumbent President George W. Bush and Vice President Dick Cheney, Edwards began working full-time at the One America Committee, a political action committee he established in 2001, and was appointed director of the Center on Poverty, Work and Opportunity at the University of North Carolina at Chapel Hill School of Law. He was also a consultant for Fortress Investment Group LLC.

FULL ARTICLE AT WIKIPEDIA.ORG
This article is licensed under the GNU Free Documentation License.
It uses material from the Wikipedia article "John Edwards."
Back to Article
/