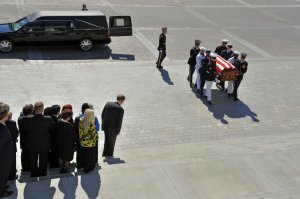 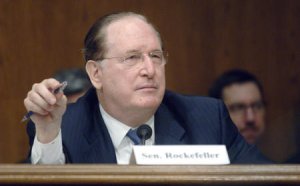 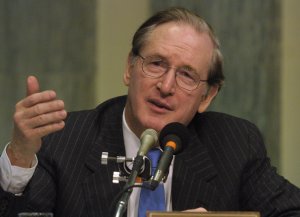 Voices // 2 years ago
Mail bombs, synagogue slayings: Using terror for political gain
The chilling question is whether American politics have degenerated to the point where violence and terror are acceptable tools to support political views.

Voices // 3 years ago
From public good to personal pursuit: Historical roots of the student debt crisis
Tuition fees and student loans became an essential part of the equation only as Americans came to believe in an entirely different purpose for higher education.

Outside View // 5 years ago
Rockefeller-inspired climate action mobilizes $3.4 trillion
Rockefellers determined to save the world's climate: $3.4 trillion divested from oil.
Outside View // 6 years ago
Recurring terrorist nightmares
The nation should not panic even under terrorist attack. A repeat of the Palmer Raids would do far more damage to the nation than any terrorist attacks.
U.S. News // 6 years ago
Rockefellers will divest fossil fuel investments
The Rockefellers have heard the message of climate change activists and plan to roll back their investments in fossil fuels.
U.S. News // 7 years ago
At year's end: Washington starts, end 2013 working on budget matters
From the get-go, 2013 was turbulent in Washington. Crises rolled over the nation's capital like thunderheads after President Obama took his second oath of office on a crisp January day.
U.S. News // 7 years ago
Sebelius: Experts advised against suspending healthcare.gov for fixes
The federal health exchange website remains up based on advice that shutting it down may not be best for fixing it, the top U.S. healthcare official said.
U.S. News // 7 years ago
Sen. Cruz puts hold on Obama's FCC nominee
Sen. Ted Cruz, R-Texas, is blocking the confirmation Tom Wheeler, President Obama's choice to head the Federal Communications Commission.

John Davison Rockefeller (July 8, 1839 – May 23, 1937) was an German-American oil magnate and philanthropist, founder of the Standard Oil Company, which dominated the oil industry and was the first great U.S. business trust. Rockefeller revolutionized the petroleum industry and defined the structure of modern philanthropy. In 1870, he founded the Standard Oil Company and aggressively ran it until he officially retired in 1897. Standard Oil began as an Ohio partnership formed by John D. Rockefeller, his brother William Rockefeller, Henry Flagler, Jabez Bostwick, chemist Samuel Andrews, and a silent partner, Stephen V. Harkness. As kerosene and gasoline grew in importance, Rockefeller's wealth soared, and he became the world's richest man and first American worth more than a billion dollars. Adjusting for inflation, he is often regarded as the richest person in history.

Rockefeller spent the last 40 years of his life in retirement. His fortune was mainly used to create the modern systematic approach of targeted philanthropy with foundations that had a major effect on medicine, education, and scientific research.

His foundations pioneered the development of medical research, and were instrumental in the eradication of hookworm and yellow fever. He is also the founder of both the University of Chicago and Rockefeller University. He was a devoted Northern Baptist and supported many church-based institutions throughout his life. Rockefeller adhered to total abstinence from alcohol and tobacco throughout his life.

FULL ARTICLE AT WIKIPEDIA.ORG
This article is licensed under the GNU Free Documentation License.
It uses material from the Wikipedia article "John D. Rockefeller."
Back to Article
/