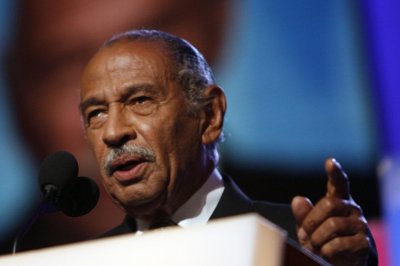 Voices // 2 years ago
Why evangelicals are OK with voting for Roy Moore
Most conservative evangelicals and Catholics have remained faithful to Donald Trump and Roy Moore. While many find this paradoxical, it really does make sense.

U.S. News // 2 years ago
House ethics panel seeks documents on misconduct complaints, settlements
The House Committee on Ethics on Friday requested documentation about all misconduct allegations about House members and their staffers.

I have said many times that I will carry this investigation forward to its conclusion, whether in Congress or in court, and today's action is an important step along the way

It is not appropriate for the current administration to make such sweeping changes to FBI procedures at this late date, only a month before the election

Dems call on Justice Dept. to delay implementation of new FBI rules until after the election Oct 06, 2008

It is unfortunate that Mr. Rove has failed to cooperate with our requests

I'm embarrassed that the Department of Justice can't even come forward

There's nothing in the Middle West that presents this kind of beauty and grandeur. ... It's reaching out beyond the gaming activity

John Conyers, Jr. (born May 16, 1929) is the U.S. Representative for Michigan's 14th congressional district, serving since 1965 (the district was numbered as the 1st District until 1993). He is a member of the Democratic Party.

He is currently the second longest-serving incumbent member of the House (just after fellow Democrat from Michigan, John Dingell) and the third-longest incumbent member of the entire Congress by length of service (after Dingell and Daniel Inouye). The district includes most of northwestern Detroit, as well as Highland Park, Hamtramck and part of Dearborn.

FULL ARTICLE AT WIKIPEDIA.ORG
This article is licensed under the GNU Free Documentation License.
It uses material from the Wikipedia article "John Conyers."
Back to Article
/