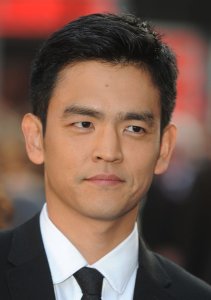 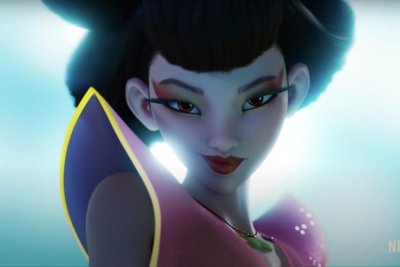 Movies // 4 weeks ago
'Over the Moon': Netflix shares musical new trailer for animated film
"Over the Moon," a new musical featuring the voices of Cathy Ang, Phillipa Soo, Ken Jeong and Margaret Cho, will premiere Oct. 23.

Movies // 9 months ago
'Joker' leads with 11 Oscar nods; Scarlett Johansson nominated in 2 categories
The crime drama "Joker" led the field with 11 nods when Oscar nominations were announced in Los Angeles on Monday morning. 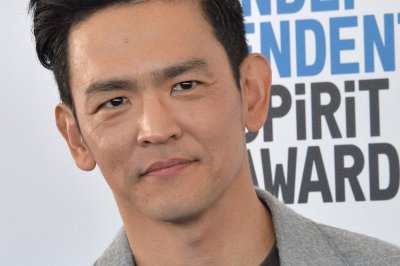 Movies // 9 months ago
John Cho recalls cold terror on set of 'The Grudge'
John Cho recreates the famous shower scene in the latest remake of "The Grudge," updates fans on his "Cowboy Bebop" injury and looks ahead to more "Star Trek," "Searching" and "Harold and Kumar."

John Yohan Cho (born June 16, 1972) is an American actor and musician, best known for his roles in the American Pie films (1999–2003) and the Harold & Kumar films (2004–present). More recently, Cho portrayed Hikaru Sulu in the 2009 film Star Trek, and he is currently starring in the television drama FlashForward as FBI agent Demetri Noh.

Cho was born in Seoul, South Korea, and raised in Los Angeles, California, where his family settled in 1978. His father was a minister in the Church of Christ. Cho graduated from Herbert Hoover High School in Glendale, California in 1990. He then attended the University of California, Berkeley, graduating in 1996 with a BA degree in English, and taught English at Pacific Hills School in West Hollywood, California.

Cho began his career as a print model for Korean magazines, such as appearing in an ad for Enterprise Rent-A-Car. After graduating from Berkeley, he moved to Los Angeles, and worked with the Asian American theatre company, East West Players, appearing in Edward Sakamoto's The Taste of Kona Coffee in 1996, and Euijoon Kim's My Tired Broke Ass Pontificating Slapstick Funk in 2000. He gained attention with a small role in the 1999 comedy American Pie, in which he popularized the slang term "MILF". His most successful starring role to date has been as Harold Lee in 2004's Harold & Kumar Go to White Castle. Cho was one of the stars of the short-lived situation comedy, Off Centre, and guest-starred on Charmed as a ghost. He was a co-star of the now-defunct Fox sitcom Kitchen Confidential. Cho had supporting roles in American Beauty, Evolution, and Down to Earth, and a minor role in Bowfinger.

FULL ARTICLE AT WIKIPEDIA.ORG
This article is licensed under the GNU Free Documentation License.
It uses material from the Wikipedia article "John Cho."
Back to Article
/