Top News // 4 years ago
The Almanac
On April 4, 1968, civil rights leader Martin Luther King, Jr. was assassinated as he stood on the balcony of the Lorraine Motel in Memphis, Tenn. He was 39. 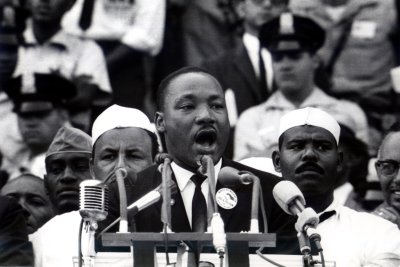 Born in Wichita, Kansas the son of a wholesale drug salesman. He attended schools in Atchison, Kansas. Swayze first sought to make his way as an actor but his move to Broadway in 1929 was derailed by the scarcity of acting roles following Wall Street's stock market crash.

Swayze returned to the Midwest and hired on with the Kansas City Journal Post as a reporter.

FULL ARTICLE AT WIKIPEDIA.ORG
This article is licensed under the GNU Free Documentation License.
It uses material from the Wikipedia article "John Cameron Swayze."
Back to Article
/