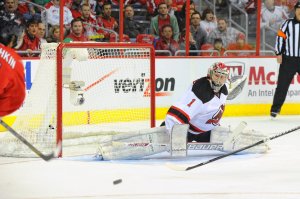 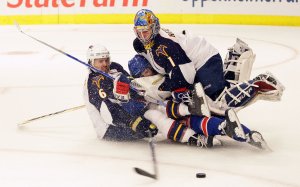 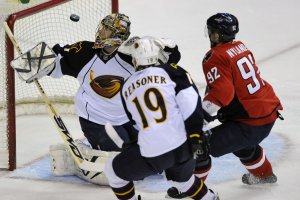 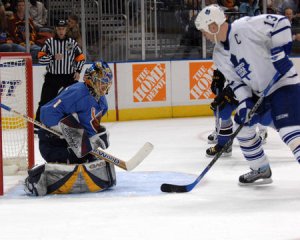 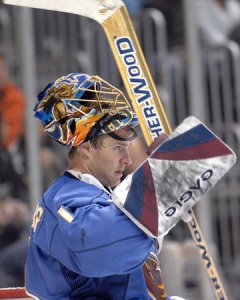 Hedberg was drafted in the ninth round, 218th overall, in the 1994 NHL Entry Draft by the Philadelphia Flyers. Before signing in Atlanta in 2006, Hedberg played for the Dallas Stars, Vancouver Canucks, and Pittsburgh Penguins. He has also played for other clubs: Leksands IF (Sweden), Baton Rouge Kingfish (ECHL), Detroit Vipers (IHL), Manitoba Moose (IHL/AHL), Kentucky Thoroughblades (AHL)

Hedberg's nickname is "Moose" or rarely but more preferably "Jo-Jo", pronounced yo-yo. When he played for Pittsburgh, the home crowds would cheer for him after a spectacular save by yelling "Mooooose". This was often heard incorrectly as a boo. Fans quickly nicknamed him "Moose" out of necessity - Hedberg started a game in Pittsburgh on late notice and as a result was still wearing his customized Manitoba Moose helmet which, not surprisingly, had a large moose painted across it.

FULL ARTICLE AT WIKIPEDIA.ORG
This article is licensed under the GNU Free Documentation License.
It uses material from the Wikipedia article "Johan Hedberg."