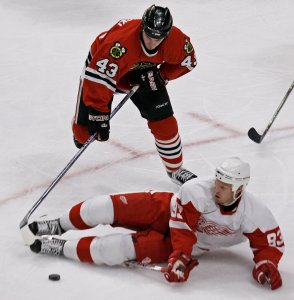 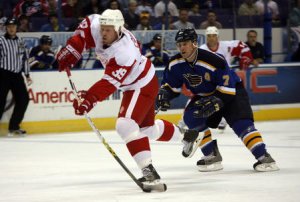 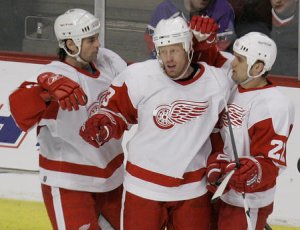 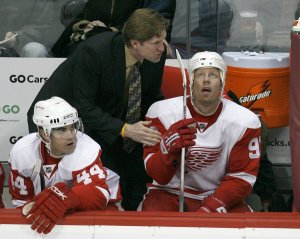 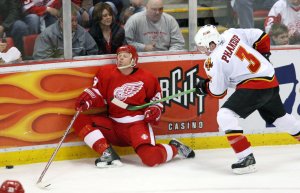 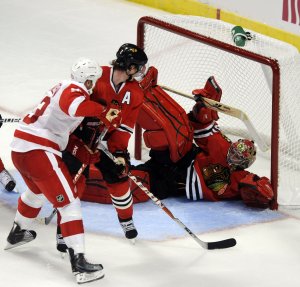 Sports News // 5 years ago
Petr Mrazek, Detroit Red Wings suffocate New Jersey Devils
NEWARK, N.J. -- It was less than three years ago that goaltender Petr Mrazek was toiling in the ECHL, a fifth-round pick who was simply hoping for a chance in the NHL.

Franzén, A.k.A "The Mule" started playing ice hockey in Boro/Vetlanda HC, Landsbro near Vetlanda in Sweden. He was suspended for a full year after knocking down a referee, but was then moved to play with the Tranås AIF in the Swedish Allsvenskan in 1999. After one season with the club, he moved to Linköping where he stayed for five seasons, helping the club win the promotion for play in the Swedish elite league Elitserien in 2001. Recommended by European scout Håkan Andersson, Franzén was drafted by the Red Wings in 2004. For the 2005–06 NHL season, Franzén played in the NHL with the Detroit Red Wings, totaling 80 games for 16 points (12 goals, four assists) in his rookie season. His workmanlike service was lauded by former teammate and captain Steve Yzerman, who gave Johan the nickname "The Mule," because "he carries the load".

In August 2006, Franzén re-signed with the Detroit Red Wings to a three-year contract worth $2.825 million. On 21 April 2007, during a playoff game versus the Calgary Flames, backup goaltender Jamie McLennan slashed Franzén in the stomach, resulting in a game misconduct for McLennan. In the following game (Game 6), Franzén scored the double-overtime winning goal to advance the Red Wings past the Flames.

FULL ARTICLE AT WIKIPEDIA.ORG
This article is licensed under the GNU Free Documentation License.
It uses material from the Wikipedia article "Johan Franzen."
Back to Article
/