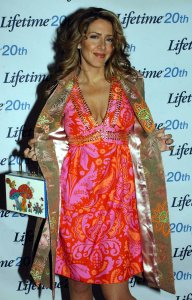 Entertainment News // 3 years ago
Carrie Fisher's sister Joely details final meeting with late actress
Carrie Fisher's half-sister Joely Fisher shared on "The Dr. Oz Show" how she is grieving the actress and what happened the final time they saw each other.

Top News // 3 years ago
The Almanac
On Oct. 29, 1998, Sen. John Glenn, D-Ohio, who in 1962 became the first U.S. astronaut to orbit Earth, returned to space aboard the shuttle Discovery. At 77, he became the oldest person to travel in space. 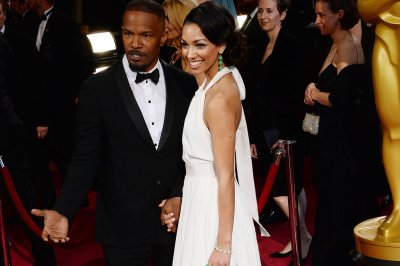 They are all blissfully happy and enjoying their new baby sister

Joely Fisher (born October 29, 1967) is an American actress best known for her work on television as Paige Clark on Ellen as well as Joy Stark in the Fox sitcom 'Til Death, and also on stage and in films.

Fisher was born in Burbank, California, the daughter of singer Eddie Fisher and actress Connie Stevens. Her younger sister is actress Tricia Leigh Fisher. She has a half sister, actress Carrie Fisher, and a half-brother, Todd Fisher, from her father's previous marriage to actress Debbie Reynolds. Her parents divorced when she was age two, and she was raised by her mother.

Fisher began performing on stage in her mother's Las Vegas act at age seven. She and Tricia toured the world with Stevens, attending many different schools and having tutors. They then attended Beverly Hills High School. Fisher went to the University of Paris for one semester. While on her way there, she stopped off in New York and dropped in unannounced on her father, reestablishing relations with him. She then attended Emerson College, but left before graduating to begin an acting career.

FULL ARTICLE AT WIKIPEDIA.ORG
This article is licensed under the GNU Free Documentation License.
It uses material from the Wikipedia article "Joely Fisher."
Back to Article
/