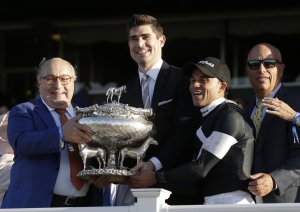 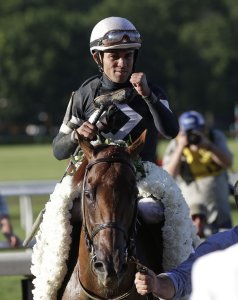 Sports News // 1 day ago
Knicks Go wins Pegasus, Caddo River joins Kentucky Derby picture
Knicks Go flat got up and went in the $3 million Pegasus World Cup at Gulfstream Park Saturday and his impressive victory could send him to even richer targets in the Middle East in the coming months.

Sports News // 2 weeks ago
Ride a Comet earns Pegasus bid in weekend racing
Ride a Comet, continuing a dramatic return from injury, earned a Pegasus World Cup Turf bid with a win in the Tropical Turf. 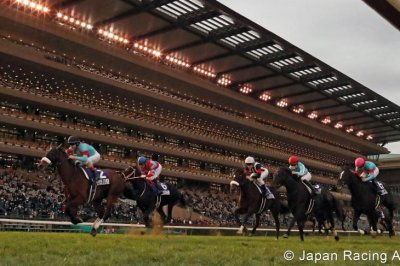 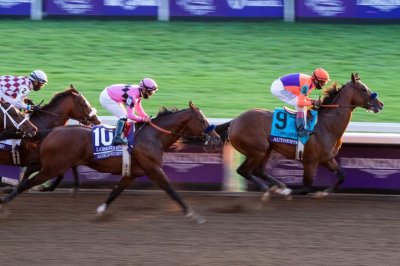 Sports News // 2 months ago
Almond Eye, Furore win in weekend horse racing
Almond Eye made another entry in the record books, Furore finally got back to the winner's arch in Hong Kong and some youngsters teed up potential 2021 Classics campaigns in Canada.

I could see the horse on the lead was going eas

I wanted to keep her outside because when those other horses stopped, I didn't want to have to slow her down

She was galloping along, and I just let her relax, find her stride

Raised on a farm where he regularly road horses, Joel Rosario attended jockey school for six months. He obtained his professional license at age fourteen and began riding at Hipódromo V Centenario in Santo Domingo where he earned his first win in July 2000. He went on to be win four Dominican Republic riding titles. In 2006 he emigrated to the United states where he raced from a base in California.

FULL ARTICLE AT WIKIPEDIA.ORG
This article is licensed under the GNU Free Documentation License.
It uses material from the Wikipedia article "Joel Rosario."
Back to Article
/