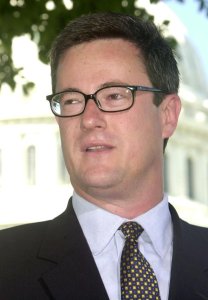 Voices // 1 month ago
Joe Biden's attempt to out-hawk GOP on China is futile
U.S. policy toward the People's Republic of China will be a major issue in the 2020 presidential election campaign, and Democrats find themselves at a severe disadvantage.

I recognize that I have a responsibility to honor the guidelines and conditions of my employment, and I regret that I failed to do so in this matter

These contributions were nothing more than simple acts of friendship 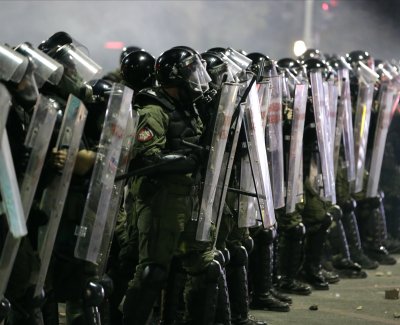 Charles Joseph "Joe" Scarborough (pronounced /ˈskɑrbɔroʊ/; born April 9, 1963) is an American cable news and talk radio host, author, and former politician. He is currently the host of Morning Joe on MSNBC, and previously hosted Scarborough Country on the same channel. Scarborough served in the United States House of Representatives from 1995 to 2001 as a Republican from the 1st district of Florida.

Born in Atlanta, Georgia, Scarborough graduated from Pensacola Catholic High School in Pensacola, Florida (although he is not a Catholic). He received a B.A. from the University of Alabama in 1985 and a J.D. from the University of Florida College of Law in 1990. During this time he wrote and produced CDs with his band, Dixon Mills, and taught high school. He was admitted to the Florida Bar in 1991, and practiced law in Pensacola.

Scarborough's most famous case was representing Michael F. Griffin, the accused killer of abortion doctor David Gunn, in early to mid 1993. He made several court appearances for Griffin. "There was 'no way in hell I could sit in at a civil trial, let alone a capital trial,' he claims now, referring to the prospect of prosecutors seeking the death penalty against Griffin." Scarborough assisted Griffin in choosing a trial lawyer from the many who offered their services, and he also shielded the family from the media exposure, pro bono.

FULL ARTICLE AT WIKIPEDIA.ORG
This article is licensed under the GNU Free Documentation License.
It uses material from the Wikipedia article "Joe Scarborough."
Back to Article
/