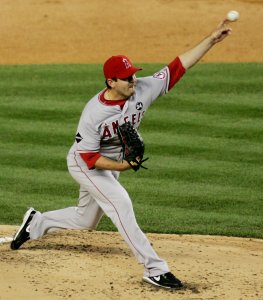 It's a particularly cruel irony that in many of the rural areas that generate the country's forestry income, basic health care services are among the worst in the country

Saunders played college baseball at Virginia Tech, where he compiled a 27-7 career record. His 27 wins tied him for third place in most career wins in school history.

Saunders was drafted in the 1st round (12th overall) by the then Anaheim Angels in 2002. After being promoted to Single-A Cedar Rapids in 2002, he missed the entire 2003 season due to an injury in his left shoulder. He returned to the game with Single-A Rancho Cucamonga in 2004 and went 9-7 with a 3.41 ERA. He was promoted to Double-A Arkansas in 2004, and recorded a 7-4 record with two complete games in 2005.

FULL ARTICLE AT WIKIPEDIA.ORG
This article is licensed under the GNU Free Documentation License.
It uses material from the Wikipedia article "Joe Saunders."