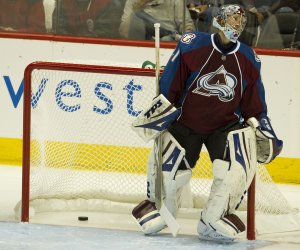 Sports News // 6 months ago
Stanley Cup Final, NBA playoffs, football fill weekend sports schedule
The 2020 Stanley Cup Final leads all sports action this weekend as the Tampa Bay Lightning face the Dallas Stars for the title in Canada. The NBA playoffs and the first round of the French Open also pack the schedule.

Joe Pavelski (born July 11, 1984) is an American professional ice hockey player now playing for the San Jose Sharks of the National Hockey League (NHL). He scored a goal in his first NHL game, making him the 11th Sharks player in the history of the team to do so. He won a silver medal as a member of the United States national men's ice hockey team at the 2010 Winter Olympics in Vancouver.

Joe was born to Sandy and Mike Pavelski. His family is Polish American. His mother said: "He loved anything athletic, and hockey was just a good fit for the winter. You didn't realize that your son was that good.". Joe Pavelski is co-owner of the Janesville Jets NAHL team.

FULL ARTICLE AT WIKIPEDIA.ORG
This article is licensed under the GNU Free Documentation License.
It uses material from the Wikipedia article "Joe Pavelski."
Back to Article
/