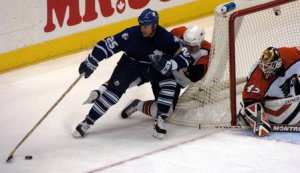 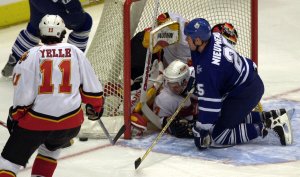 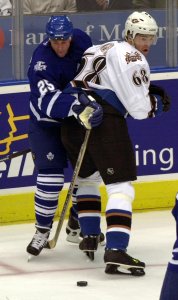 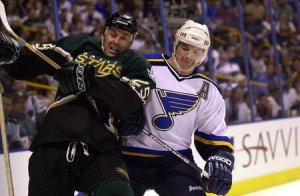 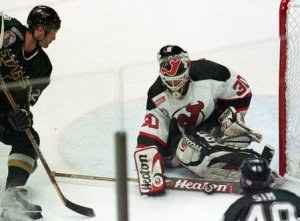 Joseph Nieuwendyk (born September 10, 1966) is the general manager of the Dallas Stars of the National Hockey League (NHL) and a retired Canadian ice hockey player. He won the Stanley Cup three times, in three different decades, (1980s, 1990s, and 2000s) on three different teams, (Calgary Flames, Dallas Stars, and New Jersey Devils), one of only four players in Stanley Cup history to win the Cup with three different teams. He is considered to be one of the best face-off men in NHL history. He announced his retirement from professional hockey due to chronic back problems on December 6, 2006, effective immediately. He was hired by the Florida Panthers as a special consultant to the general manager and later became special assistant to the general manager for the Toronto Maple Leafs. His sweater (#25) was retired in Lynah Rink at Cornell University on February 26, 2010), the first sweater to be retired at Cornell (along with Ken Dryden's sweater #1). Nieuwendyk was inducted into the Hockey Hall of Fame in the class of 2011, along with former teammates Ed Belfour and Doug Gilmour, and Mark Howe.

Niewendyk grew up in his hometown of Whitby, Ontario playing his minor hockey for the Brooklin-Whitby program of the OMHA's Eastern Ontario League. In 1983-84, Niewendyk was signed by the Pickering Panthers of the OHA Metro Jr.B. League before accpeting an NCAA scholarship to play for Cornell University in 1984-85.

FULL ARTICLE AT WIKIPEDIA.ORG
This article is licensed under the GNU Free Documentation License.
It uses material from the Wikipedia article "Joe Nieuwendyk."
Back to Article
/