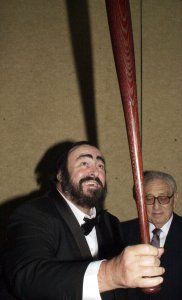 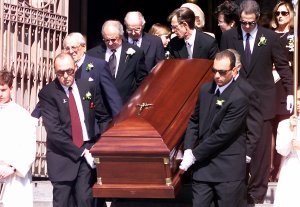 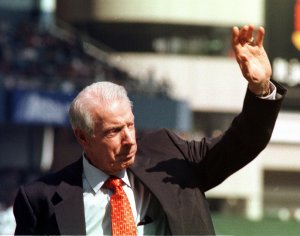 Top News // 3 months ago
The Almanac
On Jan. 14, 1969, a series of explosions aboard the nuclear aircraft carrier USS Enterprise off Hawaii killed 27 men.

Top News // 7 months ago
On This Day: Birmingham church bombing kills 4 girls
On Sept. 15, 1963, four Black girls were killed in the bombing of a church in Birmingham, Ala. Two Black teenage boys were fatally shot later in rioting.

MLB // 2 years ago
Yankees-Red Sox to decide season series
BOSTON -- Manager Aaron Boone said he might announce his wild-card game starter Sunday, when the New York Yankees close out the regular season with a game against the Boston Red Sox.

MLB // 2 years ago
Yankees look for 100th win against Red Sox
Having secured the home-field advantage for the American League wild-card game, the New York Yankees seek their 100th win of the season.

MLB // 2 years ago
New York Yankees search for series-clinching win over Seattle Mariners
The last time Giancarlo Stanton stood in front of his locker at Yankee Stadium, he was in a testy mood with the line of questioning after a bad game. 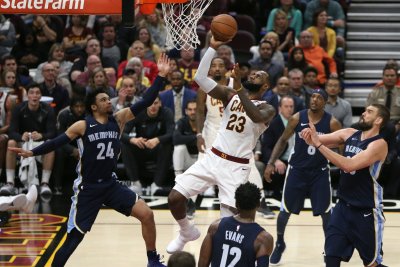 NBA // 3 years ago
Cavs' LeBron James on cusp of breaking Michael Jordan's record
LeBron James could break a record established by Michael Jordan Friday against the New Orleans Pelicans that might never be broken again.

Book people felt me out with questions pertaining to baseball

He was a mountain of a man. He had a great presence. He was a tough customer. I was fortunate to have met him and have been in his company. He loved talking about hitting. I was lucky to have sat next to him for an entire game once and he talked about hitting throughout the entire game. He once told me that he thought Paul O'Neil was perhaps one of the best hitters in baseball and I know Paul took that very personally. Something that meant a lot to Paul. He was more than baseball though, I think it was Bob Costas who said John Wayne played Ted Williams in all of his movies. He was a special guy

The following WikiProjects or Portals may be able to help recruit one:

He played his entire 13-year Major League Baseball career for the New York Yankees. He was elected into the Baseball Hall of Fame in 1955. He was the middle of three brothers who each became major league center fielders, the others being Vince and Dom.

FULL ARTICLE AT WIKIPEDIA.ORG
This article is licensed under the GNU Free Documentation License.
It uses material from the Wikipedia article "Joe DiMaggio."
Back to Article
/