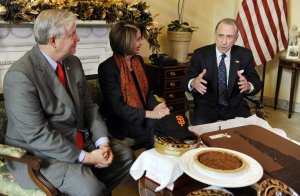 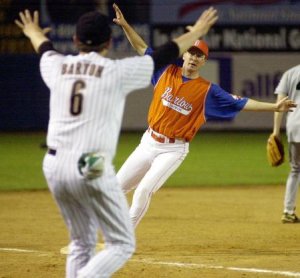 U.S. News // 3 years ago
Police officers honored for heroism during Va. ballpark shooting
Five officers were awarded the U.S. Capitol Police Medal of Honor for their actions when a gunman opened fire on congressmen practicing for a baseball game. 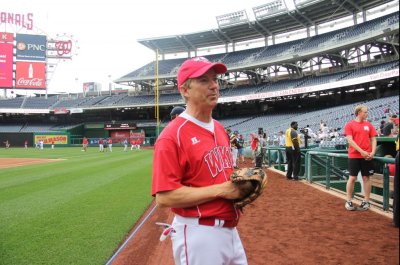 U.S. News // 4 years ago
Sleep-deprived after sit-in, Congress Dems lose baseball game to GOP
When you see Democratic and Republican lawmakers patting each other on the back and posing for pictures with "fans," you know you're not in the Capitol anymore.

Energy News // 5 years ago
U.S. crude oil export debate all but over
Threat of a presidential veto on a House measure to lift the U.S. ban on crude oil exports suggests the effort is dead in the water, a refinery group said.

Energy News // 5 years ago
NYT: Oil export push well-funded machine
The push to ease the ban on U.S. crude oil exports is a well-funded effort akin to a presidential campaign in terms of its political machinery, a report finds.

If you use less electricity in your home, you should save money

Lawmakers take another look at ethanol May 07, 2008

Lawmakers take another look at ethanol May 07, 2008

If a position in the Republican leadership of the House opens, I'm interested

Joseph Linus "Joe" Barton (born September 15, 1949) is a Republican politician, representing Texas's 6th congressional district (map) in the U.S. House of Representatives since 1985, and a member of the Tea Party Caucus. The district includes Arlington, part of Fort Worth and several rural areas south of the Dallas-Fort Worth Metroplex. During a Congressional hearing, Barton apologized to BP CEO Tony Hayward for the White House's investigation of the Gulf oil spill, calling it a "shakedown", which promptly raised controversy.

Barton was born in Waco, Texas, the son of Bess Wynell (née Buice) and Larry Linus Barton. He graduated from Waco High School. He attended Texas A&M University in College Station on a Gifford-Hill Opportunity Award scholarship and received a B.S. in industrial engineering in 1972. An M.Sc. in industrial administration from Purdue University followed in 1973. Following college Barton entered private industry until 1981 when he became a White House Fellow and served under United States Secretary of Energy James B. Edwards. Later, he began consulting for Atlantic Richfield Oil and Gas Co. before being elected to the United States Congress in 1984.

Barton made his first run for elected office in 1984, when he entered the Republican primary for Texas's 6th congressional district after six-term incumbent Phil Gramm left his seat to run for the United States Senate that year. He finished first in the five-candidate field and defeated Max Hoyt in the runoff. He then defeated the Democratic nominee, former state representative Dan Kubiak, in the general election with 56 percent of the vote. He was one of six freshmen Republican congressmen elected from Texas in 1984 known as the Texas Six Pack. He was held to 55.8 percent of the vote in 1986 against Democrat Pete Geren (who would later be elected to Congress from a neighboring district), but hasn't faced another contest nearly that close, usually winning with over 60 percent of the vote. The Democrats didn't even put up a challenger in 1998 or 2000.

FULL ARTICLE AT WIKIPEDIA.ORG
This article is licensed under the GNU Free Documentation License.
It uses material from the Wikipedia article "Joe Barton."
Back to Article
/