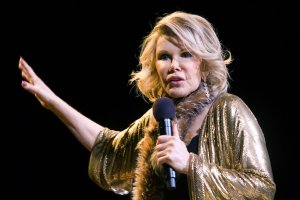 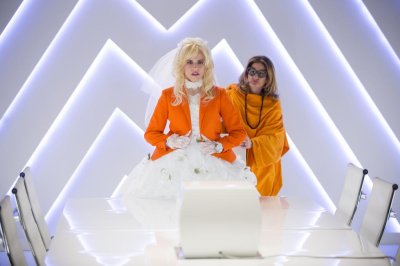 TV // 3 years ago
Netflix: What's coming and going in November 2017
Netflix has blockbuster films "Field of Dreams," "Men in Black" and "Michael Clayton" coming this November. Also TV series "The Punisher," and "Greenleaf Season 2" are hitting the streaming platform.

TV // 3 years ago
'Fashion Police' to wrap up with series finale on Nov. 27
"Fashion Police: The Farewell" -- a finale featuring previously unseen footage of the show's late, longtime co-host Joan Rivers -- is to air on E! Nov. 27. 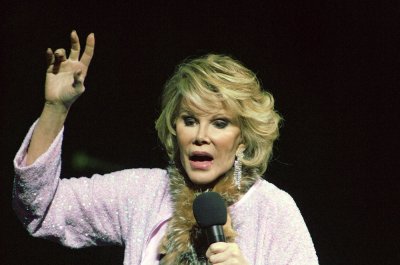 Entertainment News // 4 years ago
Melissa Rivers settles malpractice lawsuit with clinic over Joan Rivers' death
Melissa Rivers has settled with the New York clinic where her mother Joan Rivers suffered from a fatal complication during a throat procedure.

Entertainment News // 4 years ago
Joan Rivers' personal belongings to be sold at auction
A collection of items from late comedian Joan Rivers' Manhattan home will be auctioned off in June.

I'm thrilled to be doing this for Comedy Central. The last time I was roasted I was half of a two-for-one special: Joan of Arc and me

Rivers to perform at Edinburgh festival May 23, 2008

You better bring out all your cheap, tacky Scottish stuff when I come over, because me and my friends just love that stuff and we're gonna buy it all in spades

Rivers to perform at Edinburgh festival May 23, 2008

Joan Alexandra Molinsky Sanger Rosenberg, widely known as Joan Rivers (born June 8, 1933), is an American comedian, television personality and actress. She is known for her brash manner; her loud, raspy voice with a heavy New York accent; and her numerous cosmetic surgeries. Rivers's comic style relies heavily on poking fun at herself and other celebrities, mostly about their fashion sense, or according to her, the lack thereof.

Joan Rivers was born Joan Alexandra Molinsky in Brooklyn, New York, the daughter of Russian Jewish immigrants Beatrice (née Grushman) (January 6, 1906 - October 1975) and Meyer C. Molinsky (December 7, 1900 - January 1985). She was raised in Brooklyn, New York, and her family later moved to Larchmont, in Westchester County, New York. She attended Connecticut College between 1950 and 1952 and graduated from Barnard College in 1954 with a bachelor-of-arts degree in English literature and anthropology. Before entering show business, Rivers worked at various jobs such as a tour guide at Rockefeller Center, a writer/proofreader at an advertising agency and as a fashion consultant at Bond Clothing Stores. During this period, an agent named Tony Rivers told her to change her name, so she suggested Joan Rivers as her new name.

During the late 1950s, Rivers appeared in a short-run play, Driftwood, playing a lesbian with a crush on a character played by a then-unknown Barbra Streisand. The play ran for six weeks. In 1961 Rivers briefly performed on stage in Chicago at The Second City comedy club. Rivers performed in numerous comedy clubs in the Greenwich Village area of New York City in the early 1960s, including The Bitter End and The Gaslight Cafe, before making her first appearances as a guest on the TV program The Tonight Show originating from New York, and hosted at the time by Jack Paar.)

FULL ARTICLE AT WIKIPEDIA.ORG
This article is licensed under the GNU Free Documentation License.
It uses material from the Wikipedia article "Joan Rivers."
Back to Article
/