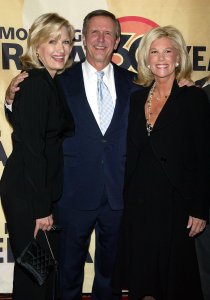 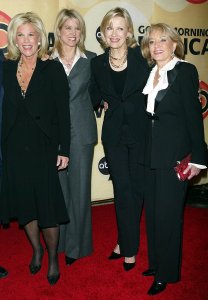 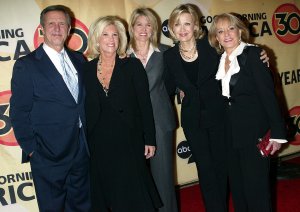 Joan Lunden (born September 19, 1950) is an American journalist, author and television host. She was the co-host of ABC's Good Morning America (GMA) from 1980 through 1997 and is the author of 8 books. Lunden has appeared on the Biography program and Biography Channel.

Lunden was born as Joan Elise Blunden in Fair Oaks, California, the daughter of Gladyce Lorraine (née Somervill) and Erle Murray Blunden, who was a physician. She has a liberal arts degree from Sacramento State University. She also studied Spanish and anthropology at the former Mexico City campus of Universidad de Las Americas. She was a visiting instructor at Montclair State College in New Jersey, where she taught a course in broadcast journalism.

She began her broadcasting career in Sacramento, California, where she worked for KCRA-TV and Radio as co-anchor of the daily noon television news program. She also produced the noon news broadcast and hosted KCRA's television specials.

FULL ARTICLE AT WIKIPEDIA.ORG
This article is licensed under the GNU Free Documentation License.
It uses material from the Wikipedia article "Joan Lunden."